A local corner store in London, where you can buy just about anything in a pinch, added music to its offerings for one day, Nov. 28.

When a Red Stripe was removed from a shelf, a red light went off and the fun began: clinking bottles made bell sounds; an unmanned broom made a shaker sound, its dustpan counterpart sounded like a timbale; and rolling packages of Pot Noodle brought maracas to the mix. 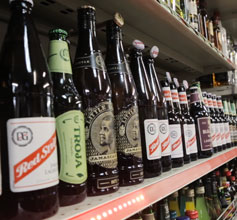 The instruments played the tune “A Message to You Rudy” by Jamaican musician Dandy Livingstone. Even the in-store TV got in on the fun by playing the song’s video and adding subtitles so people could sing along.

KK Outlet came up with "Make Music in the Corner Shop" and collaborated with Stinkdigital and Hirsch&Mann, who built the instruments and captured consumers’ reactions on film.

The promotion was not announced in any way, to keep the surprise under wraps for as long as possible. Not surprisingly, once news of the musical performance hit, traffic to the store increased tremendously

What was surprising: In an age of social media, most people found out about the store the old-fashioned way. “It was mainly word of mouth,” said James Britton, executive producer at Stinkdigital. “Towards the end of the day we had lots of people who'd been at the pubs along the road, who stopped by to check it out.” 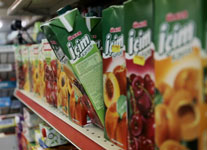 According to Greg Brunkalla, director at Stinkdigital, setting up shop was an overnight process. “Hirsch & Mann, the creative technicians, got in there at 2 a.m. and we opened shop around noon."

Continued Brunkalla, “I think the owners of the shop were a little uncomfortable at first, but throughout the day they were really getting into it. They told us they wanted to keep some of the stuff installed to keep the vibe goin!”