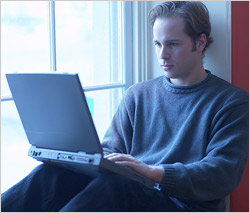 Triggered email messages continue to gain favor with consumers, generating higher performance. Those generated from Welcome, Thank You, or Abandoned Shopping Cart rose 10.3% to 2.6% of total email volume in Q3 2012 compared with the year-ago quarter, according to a study released Monday.

The Q3 2012 Email Trends and Benchmarks found that non-bounce rates from triggered emails remained consistent at 1.4%, lower than the business-as-usual industry (BAU)metrics. Triggered open rates performed at 75.1% higher than BAU in Q312 -- down from 91% in the year-ago quarter, which saw a lift of 91% for BAU.

Triggered click rates rose 115% in Q3 2012, up from 108% a year ago compared with BAU in Q311. Marketers know these clicks lead to research and searches on engines and brand Web sites, although they are not outlined in the study.

The study aggregates 6.4 billion emails sent in Q3 to analyze performance trends by industry and message types to better understand how average companies in each category perform. It found the Retail General category triggered open rates at 65% the highest among all industry categories, followed closely by Travel/Hospitality Travel Services at 65% and Consumer Products Pharmaceutical at 59%. Consumer Products took the highest triggered message click rates at 20%, followed by Financial Services at 14% and Consumer Products Pharmaceutical at 11%.

Retail Apparel had the highest amount of engaged subscribers, with 37%, though down from 39% in Q212. Business publishing and media followed with 35%, and Travel and Hospitality at 34%.

The research found 49% of the average email file had a least one open or click during the 12-month study period. Approximately, 28% of subscribers in an average email file opened or clicked within three months. Some 66% of new subscribers in an average list have no opens or clicks. Throughout the year, 89% of a marketer’s email list had been on file for more than three months.

Some 34% of new subscribers remain active once they opt-in to an email program, but new inactive subscribers rose sequentially to 66% in the quarter from 59%. The study suggests that by analyzing mature subscriber behavior, marketers can identify crucial opportunities to make emails click with consumers. In Q312, 51% of longtime subscribers were active in the previous 12 months of which 27% had recently engaged with an email program.

Since 49% of these subscribers remained inactive, the study suggests viewing engagement as a strategy, rather than a temporary campaign.