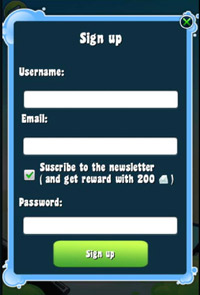 The popular virtual-pet app Mobbles routinely gathers email addresses and other data from children without first attempting to obtain their parents' consent, the privacy group Center for Digital Democracy alleges in a complaint filed on Tuesday with the Federal Trade Commission.

The group is asking the FTC to investigate whether the app -- available through iTunes and Google Play -- violates the Children's Online Privacy Protection Act. That law prohibits operators of Web sites aimed at children from knowingly collecting personally identifiable information from users younger than 13 without their parent's permission.

The Mobbles app, designed for children ages 4 and up, features a variety of virtual pets that players collect and care for. Mobbles, which only became available to the public in May, is monetized through in-app purchases of virtual currency.

The complaint alleges that Mobbles unlawfully collects a host of personal data from children. For instance, Mobbles allegedly provides virtual currency and in-game coupons to children who disclose their email addresses in order to subscribe to a newsletter.

Children also are asked to share their GPS data with Mobble for one of the game's features, according to the complaint.

"Mobbles makes no attempt to provide direct notice to parents and offers no opportunity for parents to opt out of further use of their children’s information," the complaint alleges. "The newsletter sign-up page does not even ask for a parent’s contact information."

Mobbles co-founder Alex Curtelin tells Online Media Daily that the company doesn't sell any data to third parties and retains as little data as possible. "We don't store any location-related data," he says. "We don't need to store it for our game to work."

He also says that the company uses players' emails for two purposes: to resend their passwords if they forget them, and to reach players who opt in a weekly newsletter.

The complaint comes one day after the FTC criticized developers for failing to inform parents about the data collection practices of apps. The FTC said it planned to investigate whether app developers are violating COPPA.