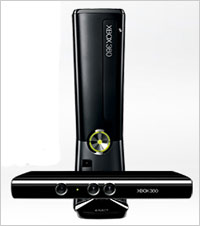 Continuing to grow its footprint, the AOL On Network this week is making its app available to some 40 million Xbox Live subscribers.

With the addition of Xbox 360 to the lineup of supported platforms -- including Samsung, Roku and Sony devices -- advertisers will be able to reach more users.

“There is really no better validation than when a leader like Xbox turns to us to enhance their offering with our content,” said Rob DelaCruz, General Manager of Connected TV and Mobile Video at The AOL On Network.

Launched in April, the AOL On Network brings AOL's full video offering under one umbrella, with a reach of some 75 million unique monthly visitors, according to AOL, citing comScore data.

This is just the latest win for AOL and its On Network. Last month, the unit announced a partnership with online video platform Kaltura.

That deal alone made around 420,000 premium videos within the AOL On Network accessible from Kaltura's open-source video platform, which is used by 150,000 companies, including Best Buy, HBO and TMZ.