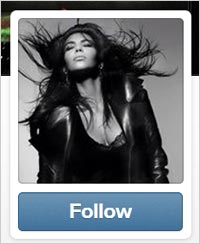 We're doing just fine, Instagram insisted late Friday after a widely circulated report that morning claimed the mobile image-sharing network had suffered a 25% decline as a result of its recent and rescinded terms of service changes. Working off of a shallow reading of metrics and a snap judgment from AppData, The New York Post reported that Instagram’s Daily Active Users had declined from 16.4 million during the week of its infamous TOS changes to 12.4 million Christmas week. An AppData spokesperson only encouraged linking the metrics to the TOS story by telling the Post: “We are pretty sure the decline in Instagram users was due to the terms of service announcement."

Well -- not so fast, Instagram and many other analysts were quick to counter. The LA Times quoted an Instagram spokesperson claiming: “The data is inaccurate. We continue to see strong and steady growth in both registered and active users of Instagram.” Other analysts found that the purported decline actually mapped against a traditional Christmas lull that also impacted many other social network apps from Yahoo, Pinterest, Spotify, etc. Add to that AppData’s reliance on data coming only from people who have connected Instagram to Facebook, and the rigor behind the claims about a precipitous Instagram decline started evaporating. In fact, as Mashable points out, AppData’s own stats show that monthly users of the app actually increased from 42.5 million to 44 million.