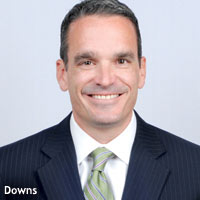 Downs joined Orion in August of 2012 as senior vice president, director of client services. In his new role, in addition to client services, he will oversee local and national broadcast buying, print and out of home, as well as digital.

The moves are the latest of a series of new hires at the agency that come amid a flurry of new business activity as clients have taken a greater interest in acquiring ad time and space via media barter, where unwanted assets are traded for ads.

Within the past year, Orion Trading has brought in nearly 30 new clients that have helped boost global revenues by 49% with a double-digit billings increase. Last year the company confirmed that billings at Orion Trading exceed $1 billion, but it declined to provide an updated figure. The employee base has expanded by more than 25% to 350. Clients are said to include Six Flags Amusement Parks and Sony Electronics, although Orion would not confirm the identity of any clients.