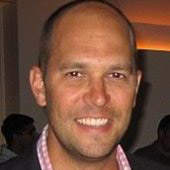 If you think Big Data is exhausting, you haven’t seen anything yet. That’s because the concept of “data exhaust” is also getting big. To illustrate that point, MediaPost editor Steve Smith introduced OMMA DDM opening keynoter Paul Marcum, the global director-marketing & programming at GE, by noting that “even jet engines throw off data.” I’m not sure whether Smith literally meant data from the engines’ exhausts, but the anecdote illustrates the point that there is data, data everywhere -- even where you may have previously least expected it.

Marcum took the stage by providing his own (literally) data dashboard in the spirit of “full transparency,” or maybe even “oversharing.”

His personal dashboard showed how much he’s been sleeping, how much fuel his body has been burning, and even how and when he’s been feeding his dog. So Marcum is a data geek on a Big Data scale, but how does that relate to real-time marketing? Well, there’s plenty of marketing data in those exhausts. It all depends on whether you know where to look for it, and how to use it.

As an example, he showed a real-time analysis of YouTube “likes” vs. “dislikes” of two very extreme pieces of content: The GE Juice Train, a GE-powered locomotive that transports orange juice north from Florida; and Gangnam Style.

The GE Juice Train generates a like-to-dislike ratio of 57:1 vs. Gangnam’s 16:1, Marcum said, although he didn’t explain what the explicit application of that insight is. Instead, he answered that question with another one: “Is there some kind of favorability index here?”

One interesting marketing insight disclosed by Marcum was the way GE is utilizing such exhausts to target its consumers -- even if they’re industrial ones. Marcum described these audience segmentations as “customizable personas, not just dials” that reveal some insight for GE CMO Beth Comstock that goes beyond classic Madison Avenue consumer segmentation systems.