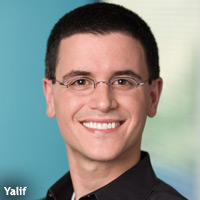 It’s no secret that much of the activity on Twitter these days is happening on mobile devices. The company’s 140-character format has its roots in text messaging.

But in a keynote talk at MediaPost’s Social Insider Summit on Monday, Guy Yalif, head of global product marketing at Twitter, highlighted that the company’s biggest mobile adherents are more likely to be active, engaged users and a receptive audience for brands.

Yalif said 200 million people log into Twitter at least once a month -- and of those, 120 million, or 60%, do so at least once on a mobile device. Within that 60%, is a “large chunk” of users who interact with Twitter primarily through their mobile devices.

Based on a new survey of these “mobile-first” users conducted with Compete, the company found they are 86% more likely than average users to go on the service multiple times a day, throughout the day. Yalif noted that this creates a venue to “engage directly with consumers to connect your brand and your message into what’s interesting to that consumer in that particular moment."

Twitter mobilistas are more likely to use the service at work and school, and three times more likely to do so while commuting. People tweeting while shopping provides a natural opening for retailers and marketers, noted Yalif, citing the example of a Midwestern user “talking smack” with his buddies about sports teams via Twitter while buying gear at Target.

“Mobile users are the core of our platform -- they’re the future of our platform, and are more engaged day-in, day-out, which creates many opportunities for us as marketers,” he said. As another example, Yalif highlighted a Starbucks outlet in the U.K. that promoted a “Frappuccino Happy Hour” through Twitter, which led to a 70% increase in people tweeting about going into the store.

When it comes to social TV, the Super Bowl underscored Twitter’s growing role as a second-screen platform, with half of the ads featuring a hashtag and a total of 24 million tweets sent about the game. That’s up 76% from a year ago. Yalif added that 13 million tweets were sent out about the Grammys Sunday night, with up to 116,000 tweets a minute.

Overall, Yalif noted that some 80% of viewers have a mobile device in front of them while they’re watching TV, and two-thirds of these are mobile-first Twitter users. "Invest in a TV ad and make those dollars work harder for you,” said Yalif, adding that 95% of the social conversation about TV is happening on Twitter.

Twitter’s primarily mobile users are 78% more likely to retweet a brand message out to their followers.