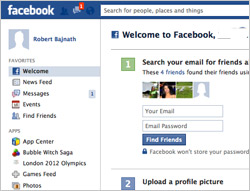 Facebook on Thursday announced its acquisition of Microsoft’s Atlas advertising platform to enhance its ad-serving capability and help marketers better track the value of ad spending on the social network.

Terms of the deal were not disclosed, but an Ad Age report earlier this month reported Facebook would buy Atlas for under $100 million. Microsoft picked up the ad-serving system as part of its $6 billion acquisition of aQuantive in 2007.

Much of the speculation about the long-rumored transaction has focused on Facebook using Atlas to launch its own Web-wide network. The company’s announcement was mum, instead stressing the benefits Atlas would bring in campaign measurement.

“Atlas has built capabilities that allow for this kind of measurement, and enhancing these systems will give marketers a deeper understanding of effectiveness and lead to better digital advertising experiences for consumers,” stated Brian Boland, Facebook’s director of product marketing, in a blog post today.

He said Facebook planned to improve Atlas’ capabilities by building up its back-end measurement systems and enhancing advertiser tools on the desktop and mobile. For now, Atlas staff will remain based in Seattle.

The acquisition immediately gives Facebook a direct competitor to Google’s DoubleClick and ratchets up the company’s rivalry to dominate display advertising online.

Google claimed 15.4% share of the $15 billion U.S. display market in 2012, with Facebook just behind at 14.4%, according to an eMarketer estimate. With Atlas, the No. 2 ad server behind DoubleClick, Facebook has the means to grab a larger share of advertisers’ display budgets and vault ahead of Google.

Facebook bolstered display advertising on the social network last year with the rollout of Facebook Exchange, which allows marketers to target ads on the site based on users’ Web browsing habits off-Facebook. Buying Atlas could help Facebook do the reverse -- use its wealth of social data combined with its new ad-serving technology to place highly targeted ads across the Web.

“It’s the same playbook that Google took when it acquired DoubleClick -- use the ad server to turn into a multibillion-dollar ad network and ad exchange powerhouse,” said Lucy Jacobs, COO of Facebook ad partner Spruce Media. “These ad-servers are ‘the plumbing’ on the Internet that delivers and tracks all the display ads all over the Web, so it would immediately plug Facebook into lots of publishers.”

But Facebook won’t necessarily become new display king overnight. Under Microsoft, Atlas is viewed as having lost share to competitors including DoubleClick, although it still boasts large customers like AT&T. With the growing shift of traffic to the mobile Web, there’s also a question about whether Atlas’ ad-serving technology is robust enough beyond the desktop.

Abby Ross, vice president of product at social commerce technology provider Blueye, said Atlas would give Facebook the ability to track a paid click to a user purchase, giving marketers more confidence in spending on Facebook ads. Atlas is already an approved ad-tracking vendor on Facebook. Microsoft last year stressed how its analytics tools could be used to understand how Facebook influences conversions and fits into the media mix.

Boland underscored that point in today’s announcement. “Ultimately, Atlas’s powerful platform, combined with Nielsen and Datalogix, will help advertisers close the loop and compare their Facebook campaigns to the rest of their ad spend across the web on desktop and mobile,” he wrote.

Since going public, Facebook has made a concerted push to convince marketers that advertising on the social network actually works. Facebook ad partners including AdParlor and Nanigans have also periodically highlighted campaigns results relating to newer in-stream formats like Sponsored Stories as well as the FBX platform.

The deal could also raise privacy concerns, given Facebook’s history of privacy oversteps. Pivotal’s Wieser said it risks igniting another controversy through the deal, but noted: “The company has managed to gradually move along consumer tolerance for privacy erosion.” Facebook’s chief privacy officer recently spelled out its position to Forbes: “Everything you do and say on Facebook can be used to serve you ads."

For Microsoft, the Atlas sale reflects recent steps to scale back its presence in the digital ad arena, which remains a small piece of its overall business.

“We needed to sharpen our focus and concentrate on identifying, building and executing on the things that are core to our vision for the future as our entire company transitions to a devices and services model,” said Microsoft's Tom Phillips in a blog post. He added that ad-serving technologies like Atlas are “less of a strategic pillar” than in the past.