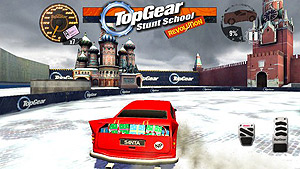 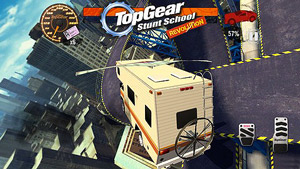 Stunt School Revolution is the most graphically impressive app in the Branded Gaming App category.  It plays most like a traditional video game its controls utilizes the user’s smartphone’s accelerometer as the main form of control.  While the game is extremely impressive graphically, it can be a bit redundant as the main objective of the game is completing stunts throughout.  While there are different stunts, they primarily consist of completing jumps.  The game does incorporate a “Wheel of Fortune” aspect to give the user a chance to win money that they can then use for upgrades which gives the game an additional entertaining aspect.  This game aligns itself well with Top Gear both due to branding throughout as well as the gameplay.