Biggest Mistake Elon Musk Ever Made: Taking That Last Question From Chris Anderson 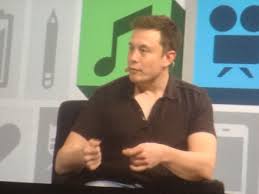 If you want to watch a really uncomfortable pause, check out whatever video eventually gets uploaded from Chris Anderson’s interview with SpaceX founder Elon Musk at SXSW Interactive, especially when he fielded the last question from the audience ending the interview. The question: What was the biggest mistake he ever made.
The problem wasn’t that Musk was being immodest and couldn’t come up with a mistake. The problem, he stammered, is that he has made so many of them that it was difficult to figure out what the biggest one actually was -- especially when things have turned out so well for him -- sitting up there center stage at SXSW and all.
Pause, fidget, stammer, followed by more pausing, fidgeting and stammering.
Then, almost as if it were scripted, Musk came up with the perfect answer to put a perfect end-note on the interview.
“The biggest mistake, in general, I’ve made is to put too much of a weighting on someone’s talent and not enough on their personality,” he gushed, adding, “It actually matters whether somebody has a good heart, and I’ve make the mistake thinking it’s just about brain.”
“On that heartfelt note,” Anderson wrapped, “we’re done.”
sxsw, sxswi
Next story loading