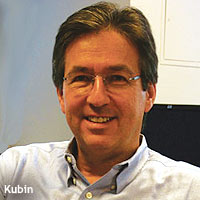 NEW ORLEANS -- One of the barriers to wide-scale addressable TV advertising -- where specific ads are sent to individual households -- has been the limited number of homes with access to platform-ready delivery systems. Executives discussing the subject at a 4As Conference session Wednesday morning estimated that up to now, the number of homes equipped to receive such ads total upwards of 40 million.

But that number is about to accelerate.

Addressable TV company Invidi has just struck a deal to deploy its system in Comcast Cable households around the country. Comcast, the largest cable operator in the U.S., has a total of more than 22 million subscribers. Confirming the news during the session, Invidi Executive Vice President Michael Kubin said that the company’s addressable system would be brought to Comcast Cable systems in phases, although he did not provide a timetable. He did say the deal would bring the number of TV homes with addressable capability to 60 million.

For advertisers that have been waiting for scale in the addressable space, Kubin said, “we’re at the tipping point.”

It’s been a long wait, as session moderator Bob DeSena, CEO, Engagement Marketing pointed out, noting that industry white papers about the promise of addressable TV were written in 1970’s, including one by prominent industry researcher Bill Harvey, a co-founder of shopper data research firm TRA.

That said, the industry has made significant progress in the last decade, when addressable trials in Huntsville, Ala. and Baltimore included just 8,000 and 75,000 households, respectively.

“If there’s one takeaway from this panel it’s that we are well past the days of trials,” said George Shababb, president, Kantar Media Audience, which provides detailed viewing and segmentation reports about addressable homes based on set-top-box data. “It works.”

Asked to rate how ready the industry is for scaled deployment of addressable campaigns Steve Murtos, senior vice president, Starcom MediaVest Group, gave the sector an 8 score out of a possible 10 points. “We’ve gotten past a lot of hurdles,” he said.

No one expects addressable ads to become the dominant commercial format any time soon, said Nick Troiano, president of VOD addressable service BlackArrow. “It’s in addition to linear TV not a replacement for it,” he said. “TV dollars are shifting to digital channels with ROI metrics. We’re doing that for TV.”

Models for doing business in the space also need refining, but as Shabaab said, “Linear TV had 60 years to get the business model right.” For addressable TV, he added, the model will “self-select itself out.”