They Search Local Businesses on Mobile; Most Then Buy 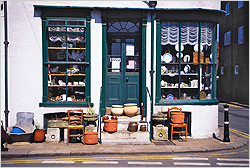 The mobile impact on retail may be coming down to the big guys and the little guys.

Three pieces of recent research highlight some of the division.

Based on a study of 200 retail executives who work in mobile marketing and mobile commerce at their companies, 84% expect the growth of mobile commerce to outpace that of e-commerce. The research, by Artisan, comprised retailers with at least $51 million in annual revenue, with 41% of them with revenue higher than $500 million.

This could be one indicator that many large retailers recognize the import of mobile and are acting accordingly.

Another gauge comes from a survey by Prosper Insights & Analytics, finding that among mobile users, 29% have used them to shop at Walmart, 28% at Target and 22% at Best Buy. Perhaps more significantly,  all three of those retailers received positive reviews about the mobile shopping experience, with 83% of Target’s mobile shoppers rating their experience as good or excellent.

Then there are the small businesses, which may or may not be seeing what mobile is doing to them.

The 15miles/Neustar Localeze Sixth Annual Local Search Study found that consumer search behavior is changing with the increased adoption of mobile and that almost 86 million people in the U.S. now seek local business information from their mobile phone.

Not only were successful local business searches conducted via mobile, but those searches were more likely to end with an in-store visit than searches from a PC.

An even bigger deal is that local business searchers who used a mobile phone or tablet were more likely to make a purchase as a result of their search. The study found that more than three quarters (78%) of mobile phone searches resulted in a purchase.

Many large retailers seem to recognize the significance of mobile and have the resources to deal with it. Meanwhile, shoppers may not distinguish between store size and end up with high expectations of both.

mcommerce, mobile
2 comments about "They Search Local Businesses on Mobile; Most Then Buy ".
Check to receive email when comments are posted.
Read more comments >
Next story loading