At the end of a sports season, the league's top performer receives an MVP award. In the advertising world, isn't it time we started to recognize the MVA (Most Valuable Audience)? New research from cloud marketing platform Turn shows that brands spend 85% more to reach the top 2% of online consumers on real-time marketplaces. The report says that those 2% of online consumers are shown 24 times the amount of ads as the average digital consumer. The data was collected from RTB marketplaces between January and March 2013.

Turn reports that the MVA mainly consists of those who have an income above $76,900 a year and are white-collar professionals between the ages of 21-34. The MVA also has "diverse media tastes" and likes foreign travel. 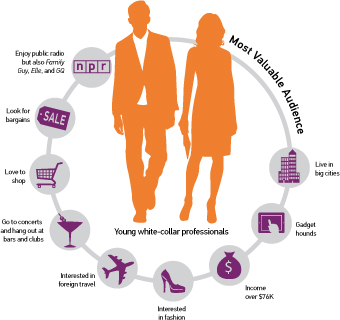 OK, so the MVA is a young, white-collar professional with many tastes, and they aren't afraid to spend some of their money. No surprises there. That's what makes them different, but what makes them valuable? According to the release, the MVA is "more likely to engage with brands through channels such as Facebook and online video ads."

In other words: this is the audience that will spread messages for a brand. They are the ones that help campaigns go viral.

"It may not be shocking that a premium group of consumers spends more and is therefore very appealing to marketers,” stated Paul Alfieri, vice president of marketing, Turn. “What is incredible is the window we have into the world of these digital elites and what makes them so valuable."

Another interesting find from Turn's report is that 85% of the MVA lives in the U.S. We have all heard of how RTB is a growing trend in the E.U., but that figure shows that the U.S. still dominates in terms of valuable consumers. However, the E.U. is home to 10% of the MVA. The release also says that the APAC and South American markets are expected to grow, so some more MVA members could start popping up in those regions, too.