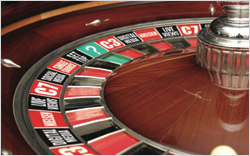 For media agencies, preparing for the upfronts used to be fairly straightforward: Watch the new shows, study the ratings for the old ones, review some demographics and place your bets. Win some, lose some, wash, rinse, repeat.

Flash forward to 2013, when buyers have the option of arming themselves with a mountain of data that makes Nielsen ratings look like the score of a ping-pong match. There’s C3, C7, set-top, single-source, social media, commercial ratings — the list goes on and on. And don’t forget the expansion of a three-network field into a veritable free-for-all of cable networks and digital platforms. So while there might be a ton more data, there’s also a whole lot more to measure, because who the heck knows what anyone is watching anymore?

“What has become abundantly clear in the past few years with all the different media devices available and vying for people’s attention is that what we really need to focus on is just attention,” says Brian Hughes, SVP and head of the audience analysis practice at MagnaGlobal. “People are bombarded with ads all day from all kinds of places, so we really want to focus on the times and the content in which we feel they’re most attentive.” For Hughes, doing so requires a carefully balanced mix of proprietary, social and vendor data.

It’s hard to say exactly when this modern era began. Perhaps in 2007, when the networks started basing their rates on the ratings of commercials rather than the shows they buffeted. But some would go back further, to 2002. Or more specifically, September 15, 2002, when a pay-cable show turned heads by siphoning off a serious chunk of America’s eyeballs.

That was the day HBO aired the first episode of The Sopranos’ blockbuster fourth season. The show pulled nearly 14 million viewers, then an all-time high for the show (and a remarkable feat given the mere 30 million U.S. homes that subscribed to HBO).

Billie Gold, VP and director of programming research at Carat, remembers scratching her head over the exodus of viewers. “We were all kind of wondering what happened,” she says. “It was one of the first times, besides when sports air on ESPN, that we saw some network shows take a hit during the hour that The Sopranos was on.”

“Now we see the same thing happening when AMC’s Walking Dead is on,” she adds.

Today, Gold says the rise of original programming on cable is the main factor shaping how she prepares for the upfront. With basic cable networks producing some of the most popular and critically acclaimed shows on television, determining which broadcast shows will pull an audience is harder than ever — particularly because the broadcast networks are pulling so few viewers overall. Instead of factoring in two or three other networks, buyers must now scan the entire television landscape in search of other attractions, even those as seemingly inconsequential as Pawn Stars or Hoarders. (As if to drive home the point, the debut of The Bible on the History Channel drew a shocking 13.1 million viewers in March, just days after A&E pulled nearly 9 million viewers with the third-season premiere of its reality series Duck Dynasty.)

“The basic process has remained the same,” says Gold. “But we have to spend more time and energy figuring out what shows are going to do because we keep seeing them reach all-time lows. We keep saying ‘Oh it’s in a good time period,’ or ‘it’s following this,’ but it used to be much easier to predict shows.”

The change in ratings currency has also had an irreversible impact on how buyers do their research. Long gone are the days of share estimates, when agencies would approximate what percentage of active televisions were tuned to a given show — a relic of the days when commercial prices were tied to their host programs.

“We don’t do them anymore because the shares and the HUTs [Households Using Television] were all wrong,” says Lyle Schwartz, a managing partner at GroupM. “Today, we actually estimate the audience, not the share. The old metrics don’t seem to work in the calculations these days.”

The reigning currency these days may be the C3 (see sidebar), but that doesn’t limit the buyers from consulting other sources. What used to be a one-company business — Nielsen told you who watched what; otherwise you relied on hunches and gut — is now a multi-vendor universe eagerly providing buyers with every form of data. It’s information that may not make its way directly into a negotiation, but it can help buyers decide whether or not a program’s worth buying.

Not that all buyers choose to use them. “Not at all,” says Gold, when asked about including set-top-box data in her research. “Basically set-top-box data is just looked at in terms of trending and not in terms of ratings,” she says. “We match it up with Polk data and it marries with Simmons data, so the planners might use it directionally. But it in no way affects how we use it in terms of doing projections at all.”

As for single-source data, much-ballyhooed measurements that tie TV exposure to product purchases at the household level, the technology isn’t yet reliable enough to be compelling, says Hughes.

“There really isn’t a definitive single-source product available yet,” he said.

Still, MagnaGlobal long ago sensed the need to complement the usual Nielsen data, and developed a proprietary measurement called the Magna Value Index that seeks to capture audience attention. Exactly how it does this Hughes won’t say. “Some of the indicators we might use are how long they’re tuned in before they tune away or do something else,” he says,” or at what rate are they recording and playing back the program.” To supplement that metric, Hughes relies on social media activity connected with a given show. “We feel that people’s interest in watching a show and commenting on it in real-time also belies a level of attentiveness.”

Not everyone buys that theory, however. Critics question whether somebody tweeting about a show is necessarily paying attention to the commercials. But Hughes claims that his company has cracked the social/TV code.

“We’ve done a lot of really in-depth research on social activity that happens simultaneously with TV viewing,” he says. “Like when we’re looking at a big live event like the Oscars, we’re really looking at down to the minute how much activity is happening. Is it happening during commercial breaks? Are people commenting on what’s just happened or on something that’s happening in real time?” By studying the difference, MagnaGlobal believes it can tell just how engaged viewers are with a program.

Even with all the whizz-bang ratings available today, some buyers still rely on old-school metrics that have little to do with television. Schwartz says GroupM buyers “look at online viewing information from things like Nielsen as well as ComScore” and SNL Kagan, which provides wireless metrics. “But we also take a look at financials like the profitability of companies,” he says. “We look at the GDP, we look at costs of production such as gasoline prices, interest rates, unemployment.”  Like any marketplace, TV advertising is based on supply and demand, so Schwartz says it’s important to know whether the ad budgets of certain industries might rise or fall in the coming year.

Unlike the buyers of decades ago, media agencies today can hardly complain about not having enough data. Instead, the problem seems to be an overabundance of available metrics and insights, not all of which have yet proven their value. So like the advertisers who find themselves drowning in big data, unsure what to respond to and what to file away, media buyers today may find their biggest problem is simply separating the wheat from the chaff.

“We’re of the mind that’s not about the number of sources you have,” says Hughes. “It’s about having the right sources.”