Yes, Even Grocery Shoppers Say They Want Mobile Services... And The Power To Tell Off Their Store 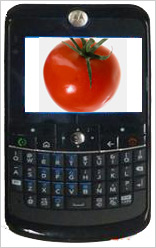 It's not surprising that both Americans and Europeans show little desire to shop for groceries directly on their mobile devices. Remote food shopping has been a tough sell for the past 15 years on the Internet. But a new survey of both markets by Symphony EYC reveals that there is a substantial desire for mobile services around grocery shopping.

Only 5.6% of Americans and 8.7% of Europeans say they have actually purchased groceries on a mobile device. But almost everyone seems enthusiastic about the prospect of using the device while in the store. Among the 1000 U.S. grocery shoppers surveyed and over 3000 European users asked, 69.5% of Americans and 62.1% of Europeans cited price comparisons as their most desired mobile service. But it seems that shopping by mobile may be more appealing as an idea than as a practice.

Despite the small number of people who actually buy groceries on devices, we still see 40% of Americans and 56% of Europeans saying they would like to buy online and have products delivered to the home. Yeah -- but when it comes down to having somebody else decide which apples to buy and which item represents the best value on a store shelf, I think most of us demur.

Beyond a common hunger for the best deal while shopping for food, there actually is a considerable difference between the two cultures on other mobile services. For instance, Americans ranked collecting and tracking loyalty points (57.5%), requesting new products (56.7%) and finding complementary products in the store (55.6%) as their most wanted mobile features. This was quite a contrast to the Europeans, where 49.7% wanted to use their phones for fast-track payment and 49.7% wanted more detailed product information.

Both sides of the pond like personalization, however. Among Americans polled, 54% said they wanted the store and the app to recognize them as a regular customer, as did 48.5% of Europeans.

Perhaps the most interesting part of this survey involves the users’ desire for empowerment and a voice. For instance, 86% of Americans and 79% of Europeans said they wanted to be able to request that particular items be carried by a retailer. Similarly, 72% of Americans and 65% of Europeans want to share ideas for new products and for changing existing ones. And about as many also want to be able to voice an opinion about what they like or dislike about products.

All of this underscores how much retailers could gain in user goodwill from simply building into shopping apps the ability for shoppers to respond to and influence the shopping experience itself. To be sure, all of the time and effort that retailers have spent building convenient services into first- and second-generation mobile apps has been worthwhile.

But the metric that stands out to me in this survey relates to the underserved desire for a feedback loop. Here is a place where the more courageous retailers could find creative ways to give their shoppers a voice within their own apps.

How many times have you been in any store where you have asked a fellow shopper where they found that item that’s in their basket? How often has a spontaneous conversation erupted between two shoppers about a product they are both eyeing on the shelf? If retailers want their apps to feel like genuine extensions of their in-store experience, they could do worse than finding ways of making these virtual aisles more human.