When Marketing To Men, Respect Women

First, let me say bravo to my friends at Unilever for once again setting the standard by further elevating female self esteem in their latest brilliant Dove (a Unilever brand) Real Beauty Sketches campaign.

As a guy, I wasn’t necessarily surprised by the juxtaposition between how a woman might view herself compared to how others view her. It was the magnitude that was striking. The harsh self-criticism and ugliness is not inherent. This is learned and a feature of the messages some advertising communication and the behavior we men sometimes put out today. So stop it.

For those who have not seen this incredibly viral piece of video, it depicts several women describing their facial features to an FBI-trained forensic artist. The same women then are described by their peers to that same artist. The self-descriptions are fairly inaccurate, ugly, exaggerated and clearly sad. This is how these women view themselves. That’s not cool. 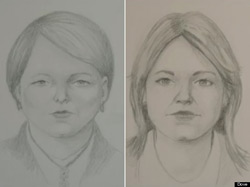 Let’s flip the script. On the lighter side, what’s most interesting to me as a guy (this is my own research) is that while women drag down their personal attributes to the most negative place, men are very much the opposite; and this is probably annoying to 50% of you. When it comes to marketing to guys, it’s all about bigger, faster, stronger, and longer. Guys are positioned to be invincible as a result of the car you handle, the brew ordered at the pub, the kicks on your feet or the deo under your pits. Dearest brand marketer, thank you for stroking my ego but let’s not do so at the expense of my better half.

My contribution here is simple: When marketing to men, you must respect women.

In our most recent research report, “Digital Power Moms,” we dig into how women are the “mompreneurs” and household leaders when it comes to employing technology to run the show. They are our modern-day superheroes. They are our backbones as men and, as such, we could not survive without them! This is a lucrative market. 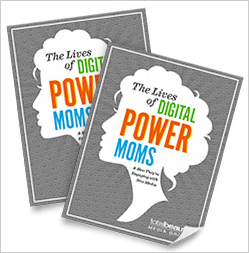 Moms as CEOs of the household represent a market that’s more than 83 million women strong, according to Girlpower Marketing.

So consider this a reminder: Mother’s Day in the United States is on Sunday, May 12. Gentlemen, let’s celebrate those women who work hard to help us keep it together, so get on it (you’re welcome).