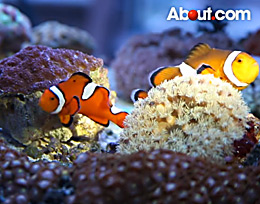 Outsourcing a share of its video production, About.com on Wednesday is expected to announce a partnership with mobile-focused video news network Newsy.

“Newsy does a wide range of business models including rev share, license fee or a mix of the two,” explained Jim Spencer, founder and president of Newsy. “In this case, we adapted to About’s model on a payment-per-video basis, ensuring About's high-quality video at scale and Newsy with reliable, recurring revenues.”

Similar to other partnerships, Newsy will coordinate with About.com’s editors to create a slate of original video content.

Driven by high consumer and advertiser demand, About.com can’t produce original video content fast enough, according to Abigail Reid, the company’s video publishing editor. “We are focused on greatly increasing the number of quality videos on our site,” Reid said.

Yet, like IAC’s question-and-answer hub Ask.com, About.com runs the risk of being labeled a “content farm” if it can’t keep its offerings up to par.

At least according to Spencer, that won’t be a problem. “About partnered with Newsy because of the high-quality online and mobile video we produce,” he insisted. “Companies characterized as content farms are less interested in high-quality video content and more interested in baiting search engines with keyword-based articles.”

That said, the thrust of Newsy’s editorial contributions will be simple fare like “everyday tasks and … basic questions,” according to Reid.

To meet publisher demand, Newsy sources a range of experts from veterinarians to auto mechanics. With their help, the startup conducts the necessary interviews, shoots original footage, and writes brief scripts to create its branded videos.

Recent videos include "How to Change a Tire," "What is a Pedicure?" and a profile of Steve Jobs.

Founded in 2008, Newsy is currently producing thousands of videos per month for its own Web site and mobile apps, as well as those of its publishing partners.

Newsy’s videos are now distributed through a number of sites, and span distribution across mobile, the Web and in-home networks, which generates more than one billion views annually, according to Spencer. “The About deal is more importantly a strategic deal that diversifies both our content and business model,” he said.

Newsy’s videos are now distributed through a number of sites. They span distribution across mobile, the Web and in-home networks, which generates more than 1 billion views annually, according to the company.