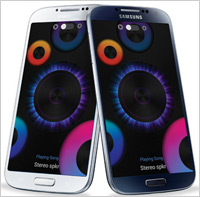 Remember when the feature phone market was a hopelessly chaotic sea of incompatible phones that required prohibitively expensive porting of apps? That was the reality of the first wave of the mobile data revolution -- before Apple and Google helped standardize (to a degree) the market and create big fat targets for developers.

Well, there is certainly one major player in the market who remembers those days fondly -– Samsung. After all, it was the handset manufacturers themselves who -- much like the auto industry in the early part of the last decade -- couldn’t get enough of product differentiation and massive product lines. The thinking was that a personal phone demanded personalized hardware and features and that each person had distinct needs to be served. After all, from the OEMs perspective, who cared whether the stuff cost $300 or $400 each? The carriers were footing much of the bill anyway.

And so it was with a little bit of déjà vu that I noticed Samsung launching what it calls its Smart App Challenge 2013 for Galaxy S4. This is a competition to attract developers to the platform with a contest purse of $800,000 in all and eligibility for investment evaluation from Samsung Venture Investment Corporation. To be sure, Samsung is not looking for really cool Android apps. It wants apps that are very specific to its handset. In particular, it wants applications that make use of its Smart Chord API that allows multiple galaxy handsets to work together, and especially to use its Group Play service.

Samsung is a bit like Sony in its dreams of creating its own ecosystem of proprietary applications and a world that its hardware owners are happy to dwell within exclusively. It just doesn’t happen that way. The good news is that it likely won’t work. Samsung never has been strong on software, and the last thing we need is more platform fragmentation off of the Android base. And as much as the Galaxy series has proven popular, it just doesn’t have the kind of market share necessary to build its own app ecosystem.

The company is fighting on two fronts, with Apple and with Google. Samsung would have liked to be seen as the preeminent Android device, but Google -- itself an owner of an OEM -- is not about to cede that to anyone. Now the hardware maker seems to want to detach itself from the Android moniker, perhaps believing it can do better.

But it is also a silly distraction. It has seemed to me for a long time that Samsung’s strength is not in dominating any single channel so much as having unique positioning across channels. In many ways, this company has pieces in place that Microsoft and Apple continue to crave. Microsoft can’t get the traction it desperately wants in the phone space, and Apple will have to do a heavy lift to get into the TV space.

But Samsung is a major force in TVs, with a strong smart TV component. And it has one of the largest installed bases of smartphones. Getting all that hardware to start talking to each other is the project that would knit together most of the Samsung hardware most effectively. Seems to me that is a much bigger and better goal than pursuing the iPhone fetish, which increasingly smells like schoolboy one-upsmanship.