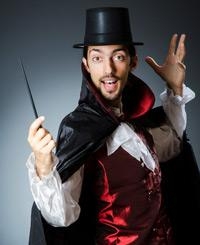 Marketers need to shift strategies and testing methods as search ad campaigns make the most significant online migration in history, from the old AdWords to Enhanced Campaigns. Some speculate that the auction process will change once all advertisers using the platform migrate by July 22.

Google bases the change on a waning reliance to identify the device before serving the advertisement.

Google announced the change in February, but a recent iPropect report based on testing $6 million in marketing dollars spent for 10 clients did not identify changes until mid-April. At that time, the agency began seeing a change in device-level cost-per-click (CPC) across all campaigns, both enhanced and legacy.

Tablet CPCs rose week-over-week, and by mid-May were 12% higher than in the previous months. During the same time, desktop CPCs rose by 14% and smartphone CPCs increased by 9%.

American Apparel's upgrade to Enhanced Campaigns to take advantage of bid adjustments across location, time and device drove-up mobile conversions by 100% and aggregate click-through rates by 7%. The company also upgraded sitelinks and proximity bidding to bid higher for people searching near their stores.

Enhanced Campaigns allows businesses to increase AdWords buys for prospective customers within a certain distance of the store, while decreasing ad buys during the store's closed hours.

For other brands, the migration to Google Enhanced Campaigns gave them less control to manage bids on tablets, according to Sid Shah, Adobe director of business analytics. "This means they can no longer separately manage bids by device, based on performance criteria. The new, unified device targeting functionality in Google Enhanced Campaigns does not allow marketers to target individual devices, and mobile bids are now set as a percentage adjustment relative to desktop and tablet bids."

As companies start to re-evaluate bidding structures, Marin Software director of product marketing Jason Young believes Google will need to give marketers back the ability to bid per keyword. Marin had to change about 1.4 billion URLs to conform to the new Enhanced Campaign structure, he said. It required a tweak to fix the URL perimeters -- otherwise it would have had an impact on reporting performance.

Bing said in April that advertisers will have the option to segment ads either per mobile, tablet or PC device, or a combination of platforms. "Our customers now have the ability to more easily import ads over from Google Enhanced Campaigns to Bing Ads," said a Bing spokesperson. "Advertisers can move features such as geolocation, gender, age, day of the week or time of day."

Retailers have begun to benefit from some of these new features. The financial services company Woodbridge Structured Funding capitalized on a multiscreen approach. It also reduced campaign management time by half. Leads from smartphones doubled, calls from smartphones rose from 20% to 57%, and conversion rates from both desktop and mobile devices increased by 6%.

Improvements are not limited to companies in the United States. The Dutch shoe retailer Schuurman Schoenen went from making manual adjustments to campaign daily to customizing bids and creatives by location, time and device in one campaign. They have reduced total number of campaigns by 60%, and cut campaign maintenance and optimization time by 50%. Click through rates rose to 50% on falling cost per click of more than 10%.