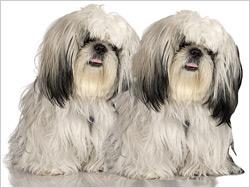 Duplicate leads have a higher value than previously believed, according to a new study released this week identifying the characteristics that make them more valuable. The study from Leads360 identifies that those flagged as duplicates convert 167% higher than the average rate. This conversion occurs regardless of how they are handled after they have been flagged.

The Duplicate Leads: Unrealized Value or Waste of Time? study from Leads360 analyzes the data collected from its customers using the company's duplicate management platform. Some 100,000 leads flagged as potential duplicates were analyzed in the study to compare their performance to those of millions of other leads.

Timing is everything. The study found that timing between duplicates can become a valuable indicator of a lead's potential performance. Duplicates are most likely to convert when they are flagged six or more months after the original lead was created, according to the study. The duplicate lead is more likely to convert as the interval between duplicates increases, but the gain in conversion fluctuates beyond six months.

Weight the findings objectively. Of course, the Leads360 optimization study believes the first step in managing duplicate leads is to identify incoming leads a potential duplicates. The company provides a platform that does just that. Nonetheless, companies should have one reference for leads -- not many. So it is important to determine whether to merge the files or manage them differently.