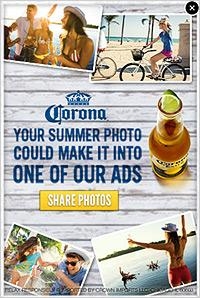 When it comes to wishing that mobile marketing would move the digital ad industry beyond its 15-year fixation on banners and badges, interruptions and roadblocks, I defer to no one. As media devices become more personal, my hope has always been that somehow we would move beyond the interruptive models that typified a previous century of mass media.

A post-mass media world demands a serious rethink of ad models. But at the same time I am not as quick as some to declare mobile display advertising dead, dead, dead, ineffective -- activated only by “fat fingers” and bored browsers. As much as I look forward to newer forms of advertising or marketing that befit the platform, I do not buy into this current tripe about “mobile advertising not working.” It can, it does and it is, when executed well and wisely. I have interviewed scores of brands and even more agency executives who have tracked the success.

And the death of the mobile display ad, and marketer reluctance to invest in the format, are equally unfounded. The evidence is clear to anyone loading a major media app or site. If mobile advertising is broken or dead, then an awful lot of companies are spending much more this year than last on the funeral. Millennial reports this week that in key segments like non-profits, energy and power, employment and government services, mobile spend on its network -- the largest independent in the U.S. market -- grew from 189% to 264% between Q1 2012 and Q3 2013. The Sports segment grew 600%. And these were not just growth spurts from previously way underfunded segments. The top segment in the network -- telecom -- was up 102%, auto up 109% and consumer goods up 188%.

To be sure, the mobile ad network market continues to be aimed mostly at direct-response, usually resulting in app downloads (45%). But the majority of mobile campaigns had brand goals in mind, with 37% pursuing persistent market presence and 13% brand awareness.

Now, it is also true that display ads in mobile are shifting to the major forces that are Facebook, Google and increasingly Pandora in this space. Millennial has seen its share of the market in display pared down, even if all boats continue to rise. But declaring mobile display dead or dying seems as much a wish as a reality. It will continue to be an entry, along with mobile search, as marketers move more aggressively here and come up with more diversified and integrated mobile tactics. And personally, I believe that rich media and video ad units can be enormously creative and engaging on any size touchscreen.

Mobile display dead or dying? Not on my phone.