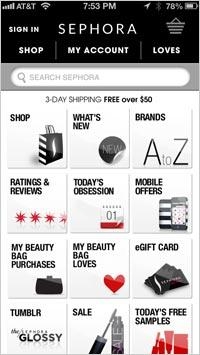 No -- it isn't just you and the sites you happen to try on your tablet. Retailers are behind the curve when it comes to optimizing across all of the major screens from which people access their sites. According to L2’s most recent monitoring of 71 specialty retailers, only White House | Black Market and H&M actually optimize their sites for tablet use. The rest shuffle the tablet user off to the standard desktop experience, complete with the finger-challenging buttons and drop-down menus, legal document text and touch unfriendliness.

This is puzzling, given the share of traffic now coming to retailer sites from tablets during that prime time for consumption -- prime time. Perhaps more troubling is how retailers appear to be ignoring cross-screen behaviors by allowing people to sign in on one device like a tablet and retain their shopping cart. Only 61% are allowing this capability. Even fewer (27%) have a one-page checkout experience that is conducive to tablet users.

Among the sites that do allow cross-screen shopping carts, I know that I often use the carts for multiple purposes. Sometimes they are accruing items, but often they become bookmarking tools. Since most sites don’t have wish lists or save-for-later functions like Amazon, the unified cart becomes the only way to allow the items I am interested in to follow me to where I might want best to research further or make the purchase.

As part of its Digital IQ Index of specialty retail brands, L2 found the category was lurching toward intelligent multi-screen behavior, despite the fact that almost half of browsing to these retailers is occurring on devices.

At least now we are seeing steady progress in optimizing sites for mobile handhelds -- now 77% of the category compared to 72% last year and 60% in 2010. Of those with mobile sites, they are focusing more on core out-and-about functionality than browsability, however. While 81% had a click-to-call function, 78% gave directions and 76% had location auto detection, only 35% showed the store finder results on a map and only 22% offered inventory status on items.

Curiously, there are more retail brands embracing some mobile social channels than are focusing on their own optimizations. For instance, 90% of the brands in this survey of specialty retailers had an Instagram presence, up from 75% last year. In fact, 38% already have a Vine account -- much more than the dwindling interest in Foursquare, down from 28% penetration in the category to 10% this year.

Retailers continue to lag their consumers in moving across screens.