Knowing about QR Codes vs. Using Them 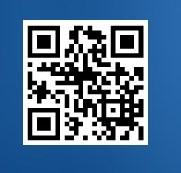 While mobile scanning is still a distance from mass consumer usage, it hasn’t stopped the proliferation of codes on packaging and signage.

Some new research in the Mobile Commerce Compendium shows that 91% know what a QR code is but 65% have never scanned one in-store.

The eConsultancy study is based on a Toluna survey of 1,000 UK consumers looking at smartphone behaviors. It found that more than a third (36%) had used a map tool in the previous week, so shoppers potentially are looking for physical stores.

The study also showed that about a quarter (27%) had used a smartphone to shop online but that more than half (51%) had not made a purchase.

For QR code scanning in stores, a quarter of consumers have scanned at least once.

A recent report from Scanbuy, one of the major QR code platform companies, showed that there were 18 million scans of QR codes and UPC mobile barcodes the first quarter of this year.

That research also indicated scanning is on the rise, with the latest month in the study being the highest-generating month since the company began tracking scans in 2009.

It strikes me that there are two separate issues around QR codes: the number of codes proliferating and the number of people actually scanning them.

There’s little doubt that QR codes are growing, whether in magazines, or on billboards, signage or packaging. The government in Abu Dhabi is even putting QR codes on street signs so people can access historical information, as well as accurate addresses.

The move to mass consumer adoption is the other side of the QR code coin.

In terms of those who do scan, Scanbuy found that 65% of the scans are by men and 35% by women. The company also saw higher  usage from Android phones (57%) than Apple iOS devices (35%).

They key for mobile scanning is what each scan leads to. (This issue will be addressed in a session at the MediaPost OMMA mCommerce conference in New York on July 15).

We’re well past the stage of a QR code simply replicating a URL, leading a consumer to a traditional website. They can be used to facilitate a purchase, start a conversation via SMS or MMS or provide a relevant video.

The problem with QR codes has never been the codes themselves but rather the lack of valuable experiences on the other end.