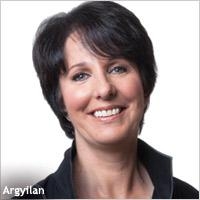 In an effort to accelerate its shift toward programmatic buying of all forms of video, including television, Interpublic has tapped Adap.tv as its preferred video ad platform. The deal, which Interpublic’s Mediabrands' Magna Global unit has been negotiating for about a year, comes on the heels of AOL’s $405 million agreement to acquire Adap.tv, and will integrate Interpublic’s proprietary methods for targeting audiences with Adap.tv’s technology for sourcing the video inventory that reaches them and serving ads to them.

The deal is significant for several reasons, but especially because it shows how rapidly Madison Avenue’s shift from “buying media” to “buying audiences” is occurring, and because it will soon escalate from online video to the Big Kahuna, television.

“We have focused on how they can activate their data at scale, in a programmatic way, on video and television,” explains Adap.tv President Toby Gabriner. Initially, he says the focus will be primarily on integrating Interpublic’s data-driven methods to automatically buy online video, but he says a “linear TV” option will be available soon.

“There will be a more formal announcement on that in the next month,” he says, adding that it will enable agencies like Interpublic’s to programmatically buy video “across any device where sight, sound and motion lives.”

Others are racing to develop Madison Avenue’s new video advertising “technology stack,” including two of Adap.tv’s rivals -- Tremor Video and YuMe, both of which have gone public in the past couple of months -- and a gold rush of start-ups all vying to do for the video advertising business what the legions of ad technology players have done for the online display advertising marketplace: utilize technology to bring better science to targeting consumers, automating the efficiency of serving ads to them, and creating greater “liquidity” in the advertising marketplace by unlocking the value of vast amounts of previously unsold inventory.

The online technology players are not alone. Endemic TV technology companies have also begun to move aggressively into programmatic trading of television, and at least one -- AudienceXpress, a spinoff of targeted TV ad technology developer Visible World -- has begun scaling an abundant supply of conventional TV advertising inventory that previously was unavailable to national advertisers: the local ad units that cable TV operators sell on the national networks they distribute. While the cable operators have 100% control over the way their inventory is priced and sold, the AudienceXpress exchange has effectively enabled national advertisers and their agencies to pool all their local inventory into national, “unwired” network buys.

While that is not new to television, per se, what is new is that agencies -- and their trading desks -- can buy it programmatically and can utilize the same sophisticated means they use to target audiences online in their TV advertising buys. Since it became operational in late January, AudienceXpress has traded about 2 billion impressions across an unwired ad network reaching 50 million cable households on the same inventory sold by national television networks. To date, AudienceXpress has been working with the trading desks of at least two of the major agency holding companies, although they have not been disclosed.

The rush of technology players is being driven by the fact that television advertising is still the biggest portion of most advertisers' and agencies' media mixes, and both it and online video represent the most “premium” inventory, meaning it has the greatest value and advertisers are willing to pay the most for it. And while part of the impetus is due to the need for greater automation -- especially as the video marketplace begins to hyper-fragment the way online display did, with so-called “long-tail” video, and new offline sources like mobile, over-the-top-TV, digital out-of-home and place-based video networks, come on stream -- an equally if not more important reason, says Kristi Argyilan, president, Magna North America, is better science in the way advertisers and agencies target and serve ads to consumers via programmatic trading.

“What we’re driving with Adap.tv is the notion of using our own data to find the inventory that pushes our clients’ business,” she explains, referring to Magna’s proprietary audience targeting system, dubbed AMP, for the audience measurement platform. That platform, which was originally developed by Mediabrands’ Universal McCann unit, is now the DNA for all of Mediabrands’ “audience buying.”

The platform, which was developed in an exclusive deal with Nielsen, utilizes “respondent-level” data -- meaning it is based on the actual individuals in Nielsen’s samples, not surrogates, “lookalikes” or extrapolations -- across all the media Nielsen measures, including TV, video, display and mobile. On top of that, the platform layers Interpublic’s own proprietary data, as well as the “first-party” data of its clients, to redefine the audience attributes of media based on how the brands define their consumers, not the classic types of audience demographics historically used by media buyers and sellers to negotiate deals.

One of the most significant implications of that shift is that media sellers may never know the proprietary reasons that advertisers and agencies target the audiences they serve.

Mediabrands’ Argyilan says the deal with Adap.TV is not “exclusive,” but that it is now Interpublic’s preferred provider and that the reason was its willingness to integrate Magna’s proprietary methods into its technology to facilitate the shift. She hopes other technology middlemen will do the same, because Magna’s goal is to automate at least half of all its media buying within three years, including television.