Last week, Canada granted a patent to Invidi Technologies, giving our northern neighbors the ability to do what U.S. advertisers are also starting to do at scale: target TV ads to individual TV sets, in real-time. And that was a good enough reason for me to check in with the Invidi team so I could update some other Americans -- us more southern ones -- what the the addressable TV advertising technology developers were up to. 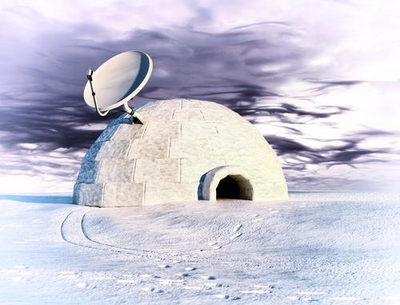 ally, the only way to do what everyone says they want to do is with us,” Invidi Executive Vice President Michael Kubin told me the other day, referring to the spate of coverage RTM Daily has given to the burgeoning programmatic TV-buying marketplace in the past few weeks. While he didn’t single out any of those stories, I knew he was referring to our coverage of things like AOL’s purchase of Adap.tv, Interpublic’s deal to make Adap.tv its primary TV and video stack, Interpublic’s Magna Consortium, and especially Visible World’s AudienceXpress programmatic TV-buying platform.

The problem, says Kubin, is Invidi has been operating in the invisible world, working behind-the-scenes with cable, satellite and telco operators to integrate its addressable TV advertising technology at scale, so it hasn’t had a lot of visibility on Madison Avenue -- in general. Mind you, WPP’s GroupM is a strategic investor (as is Google), and GroupM global chief Irwin Gotlieb sits on Invidi’s board. Is that enough of a vote of confidence?

So I explained to Kubin that the reason we don’t give Invidi more ink is that what they do is a little too behind-the-scenes. I mean, we wll know Cisco’s routers power the Internet, but it’s not like we cover Cisco all that regularly when we cover the online ad business.

Still, Invidi has made some great strides, cutting deals and getting its technology deployed on DirecTV, Dish and Verizon, and has a deal in place to deploy its technology into TV’s biggest Kahuna, Comcast. While it’s up to those operators to decide exactly how much of Invidi’s addressability they actually turn on, Kubin said Invidi’s “contracted” coverage is now about 80% of the subscription TV universe.

Another reason many players on Madison Avenue may not be familiar with them, is because they don’t actually sell anything to advertisers, agencies or trading desks. They’re just the middleware guys who enable the TV operators to sell directly.

The problem, I told Kubin, is that even with all that technological deployment, the addressable TV advertising marketplace is still way to fragmented and confusing for most advertisers and agencies to wrap their minds, much less their trading systems, around.

The solution, he said, was that someday, some entity would emerge as an organizing principle to provide a single point solution enabling Madison Avenue to generate the kind of national reach it had in television Golden Age, but with the ability to serve discrete ad messages to individuals in from of their TV screens. Kubin wouldn’t predict who would emerge to play that role, but he said that in the meantime it is Invidi’s job to built the infrastructure that will enable that to happen.

First the U.S., then Canada, and then the universe -- you know the TV universe.
Satellite-connected igloo image from Shutterstock.