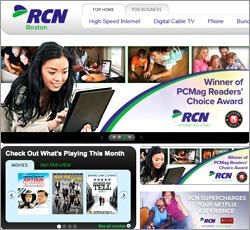 RCN, the overbuilder that provides triple-play service in parts of the Northeast, looks to have faster Internet service than some of the country’s largest cable operators -- at least according to one source.

In the Greater Boston market, Netflix found that RCN’s average speed of 2.42 Mbps topped second-place Charter Communications (2.19) by 11% in the April-June period.

Netflix conducts its rankings as a way to indicate which ISPs offer a better experience with its streams, including consideration of picture quality and speed in accessing content. It uses the average speed of all of its streams per ISP, but suggests its rankings are a proxy for each provider’s general performance.

In July, Google Fiber, Cablevision and Cox were the three fastest ISPs in Netflix’s national rankings.

As a matter of comparison to RCN’s Boston average, Google Fiber was much higher with a 3.63 Mbps average and Cablevision was at 2.53. But RCN’s 2.42 would slide in just below Cox Communications’ 2.44