Online All Star: B. Bonin Bough 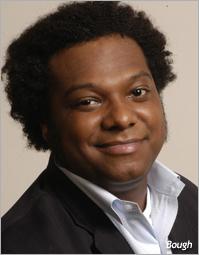 At many companies, the suggestion that a large brand’s entire marketing budget be poured into social media would prompt either disbelieving giggles or a demand that the offending team members undergo psychiatric counseling. But when the Nilla brand team at Mondelz International (formerly Kraft Foods) proposed just such a plan, it was received enthusiastically.

So earlier this year, Nilla went all-in on social, with the majority of spending lavished upon Facebook. Nilla had been a Facebook afterthought, with somewhere in the neighborhood of 15,000 likes and little engagement.

There are many reasons this decision went over so well at Mondelz, starting with the encouragement and comparatively laissez-faire attitude of management. When Mondelz was spun off as a separate entity, Chairman and ceo Irene Rosenfeld encouraged her teams to think of the company as the world’s largest start-up. But most of the accolades probably should go to B. Bonin Bough, Mondelz’s vice president of global media and consumer engagement.

Since joining the company in February 2012, Bough has relentlessly pressed for innovation in the digital space, whether by refining and super-calibrating existing programs or via his willingness to experiment with new technologies several iterative cycles before his competitors.

Bough deflects credit for the Nilla success — as of early September the brand was nearing 325,000 Facebook likes and retail sales through July were up nine percent over the year-ago period — to his bosses, the Nilla brand and marketing people, media folks and a “rock star” named Darlene. Still, there’s no question that under his leadership, Mondelz has emerged as one of the savviest, slyest, most nimble and most self-aware jumbo-size companies in the social, digital and mobile spheres. And the social-only, data-parsing thrust of the Nilla campaign has his fingerprints all over it.

“What was exciting about the idea is that it was super-numerical,” Bough recalls. “We tested the creative and saw what worked and what didn’t, then went from there.” The series of minimalist sketches appended with pithy wit (“if you want breakfast in bed, sleep in the kitchen”) caught on immediately with the brand’s targeted audience of time-pressed moms. A huge dessert recipe program followed — think Nilla wafers recast as snickerdoodles and black and white cookies — and the brand team radiated it out onto Pinterest, Google+ (for a hangout with chefs) and elsewhere.

The Nilla campaign remains active, but Mondelz is mining its strategies and tactics for use with other brands. “You don’t generally get the opportunity to use Facebook in isolation,” Bough says. “We can learn so much from that.”

That might be what’s most impressive about Bough’s career arc: Amid a series of high-profile, high-responsibility jobs, he has managed not to get weighed down by daily distractions and kept his focus on the future. He began his career in the agency world, first at Ruder Finn (where he was among the founders of Ruder Finn Interactive and developed its epr social-media methodology) and then at Weber Shandwick (where, as executive vice president and director of the global interactive, social and emerging media practice, he headed a 100-strong team). Not surprisingly, the corporate world came calling soon thereafter. Prior to his arrival at Mondelz, Bough served as PepsiCo’s senior global director of digital and social media, a role which further honed his strategy chops.

Bough doesn’t talk much about where he’s been. In fact, he doesn’t talk much about what happened a few months ago. One senses that he finds looking back kinda dull. Among the company’s most ambitious recent initiatives was its Mobile Futures program, through which Mondelz chose nine mobile start-ups (from hundreds of applications) and paired them with brands like Oreo, Halls and Trident. The goal? To create pilot programs that drive impulse purchases and what the company calls “mobile-at-retail consumer experiences.” Oh — and to launch them within 90 days.

“It’s always about pushing,” Bough says, referring to the pace at which everyone at Mondelz strives to operate. “That mindset permeates the entire culture. For an organization of our size, launching nine pilots in 90 days is pretty uncommon.”

For the rest of 2013, Bough’s focus will be overseas — specifically, in China, where he’ll be spending the rest of the year figuring out how to drive Mondelz programs in growth markets. “It’ll be full immersion,” he says, sounding giddy with anticipation. “I’ll be spending lots of time in tier-two, tier-three, tier-four cities and doing lots of ethnographic research. How mobile is being used in emerging cities — that’s something which nobody really knows a lot about.”

While he fantasizes about someday working for a start-up (“it’s something I’ve never done”), Bough says he’s thrilled with his current role at Mondelz and his co-pilots on the journey.

“The willingness of senior leadership to experiment, the inspirational people I work with — it’s spectacular.”