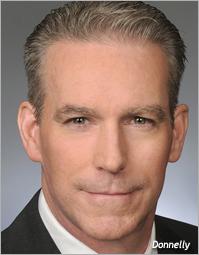 The best business decision MasterCard Senior Vice President and Group Head of Global Digital Marketing Michael Donnelly ever made, he says, was “doubling down” on digital marketing as a career specialty.

“You didn’t plan to get into it back then,” recalls the veteran marketer who has worked in digital marketing since 1998. Two experiences convinced him. The first was while the Gulf War veteran was serving as a captain in the United States Army Reserve’s Military Intelligence Corps, where he found that “as an intelligence officer, I had access to email before anyone ever called it email. I had this crazy long string of hieroglyphics that was my web address and I could send a message to the White House and get a smiley face response.”

That was cool. But career opportunity also opened up online at Donnelly’s day job as an e-business executive at Johnson & Johnson, where he helped develop online consumer product strategy.  Between the two experiences, Donnelly discovered  “I had a geek inside of me … [but] there also was this big business opportunity to figure out online for myself and a lot of other folks.”

It was a decision that legions of agency executives and marketers would benefit from over the decades (and consumers, too).  At j&j, where he rose to be associate director of eBusiness Development, to his six-year tenure as group director of worldwide interactive marketing at Coca-Cola, where Donnelly was a key player in the soda maker’s evolution into a digital marketing innovation leader, to MasterCard, which he joined last year and has already elevated the brand’s digital game, Donnelly has spun digital efforts into gold and accumulated awards by the armful and scores of admirers.

He doesn’t just deserve to be one of omma’s Online All-Stars for 2013 — he defines the honor.

“Michael has been one of the true pioneers in digital marketing from the brand side of the business,” says Alan Schulman, chief creative officer of digital agency SapientNitro. “Having had the opportunity to work with him as a client at Johnson & Johnson, Coca-Cola and now MasterCard, he is one of the consistently brightest digital marketers I know.  There isn’t much he hasn’t seen or done in this fluid space called digital marketing, yet he is a marketer who is always leaning forward, eager to learn more.”

Donnelly’s success is rooted in his conviction that digital is a team game. This is not an executive who craves ego gratification.

For example, Donnelly expresses gratitude for “the good fortune, success and often just luck and timing I’ve experienced while working in digital,” and attributes his success to “becoming friendly and aligning with lots of incredible mentors that taught me the ropes in the beginning and have continued to inspire and guide me along the way, a few of which have been honored as omma Online All-Stars in years past. And a handful of brilliant digital creatives who taught me that real, sincere, Fans First material is almost always better than shouting from the rooftops.”

This is an attitude that breeds loyalty. “Michael Donnelly is a rare breed,” says Adam Broitman, former chief creative strategist at digital boutique shop Something Massive, who joined MasterCard in the last year as vice president and senior business leader of Donnelly’s Global Digital Marketing team. “He is a leader, deep strategic thinker and an inspiration to everyone he meets … Anyone who does not get to experience working alongside him is missing out.”

A hallmark of Donnelly’s style is responsible experimentation, a sine qua non of marketing in a digital ecosystem and a characteristic of his approach at all of his jobs. And, while rightly described as a pioneer, he insists that evangelism’s time has passed in the digital space.

“Now it’s a state of activism and scale,” he explains. “It’s much more about how to do business in a digital world. And a suite of tactics that can be leveraged across all forms of business, not just marketing.”

That is job one for Donnelly at MasterCard, where he is developing that digital suite to reach issuers, consumers, banks, and even the government. And not just in marketing, but in the company’s philanthropy, human resources, recruitment, and other areas.

The digital pioneer is impressed by “how fast things have scaled and grown” in the space he doubled down on two decades ago. “I can remember the first time I touched the web and you had to dial in every seven minutes because you kept getting kicked off. And it was not so long ago that we played with the iPhone for the first time. Now it seems old. There’s a ton of talk right now about mobile and social — but when it’s all going to work is when there are less places for me to go and it’s just there. A kind of social layer, very powerful, and always on.”

1 comment about "Online All Star: Michael Donnelly".
Check to receive email when comments are posted.
Next story loading