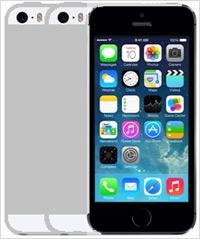 Go figure. Apple pretty much crushed it with consumers last weekend, despite the increased cynicism and ennui of analysts and critics. In fact, it was a multi-pronged win for the somewhat depressed brand. Let’s go to the numbers.

Apple reports that 9 million (yup, 9 million) iPhones were sold worldwide in its first three days of availability. That seemingly staggering number seems to beat by a long shot the 5 million iPhone 5 units sold in the same time frame last year. Global market penetration explains some of this, as does the availability of the $99 iPhone 5C in the two-phone portfolio this year.

High-profile analyst Gene Munster of Piper Jaffray warns against taking Apple’s metrics too literally, however. “"We had been expecting 5-6 million units as sell-through and note that the 9-million-unit weekend number includes sell-in of the 5C. Our adjustment for the sell-in implies opening weekend sell-through of around 5.5 million units.” In other words, the 9 million includes a large number of the mid-range models that had been pre-sold to carriers to fill the channel. This makes some sense to me, given my subjective experience last week. I had no trouble ordering a 5S for the shortest delivery cycle from the Apple site several hours after it went on sale, and the 5C was readily available throughout the weekend. I am guessing that Munster is closer to the truth than the top-line press release number from Apple that everyone is reiterating.

It turns out that the 5S may have outsold the 5C, however, although Apple was not breaking down sales by model. Localytics claims that through its analysis of new phone use of apps, the 5S was 3.4 times more popular than the 5C. Between the two models, the new generations of iPhone models represented 1.36% of all phones activated in the U.S. over the weekend from the four major carriers. AT&T was responsible for the most new iPhones activated. Apple blew through investor and press doubts with sheer numbers and consumer enthusiasm, to be sure. But the relatively lukewarm reception for iPhone 5C still has challenges in addressing the mid-level market.

Additional good news from Apple was the 11 million users the new iTunes Radio streaming digital radio service has already attracted. Rolled out in the latest version of iTunes across platforms and embedded in the Music app in iOS 7, iTunes Radio really mimics Pandora and Spotify. While Pandora is ubiquitous at this point, iTunes Radio has the advantage of being baked into the operating system, linked and taking cues from the user’s own library and executing track purchases very seamlessly.

Still, it is unclear whether people really will switch from their current Internet radio service to Apple. I like the execution well enough. Track purchasing is easy, of course, but I am not convinced that the music algorithms (which draw on my library for guidance) are any stronger than Pandora’s, which my wife and I have trained for five or six years now.

Finally, Apple has advanced its unified platform story behind iOS. In less than a week since launching, iOS 7 is already installed on 200 million devices. In battling Android, Apple continues to focus -- successfully, I think -- on the unity of its platform, which underscores the frustrating fragmentation on Android.

All in all, the net gain for Apple is that it stemmed the outgoing tide of consumer enthusiasm for the brand and the incoming tide of press and analyst disenchantment. A better indicator of the latter are the first reviews of the iPhone 5S. Critics admit that the technical improvements on the iPhone 5, faster processor, offloaded motion sensor processing, improved graphics processing and even Touch ID are features waiting to be realized by future applications and cross-device connectivity.

In short, what Tim Cook probably has won back for Apple is the benefit of the doubt.