CBS/Viacom Deals Are Putting Twitter Into The TV Cash Flow 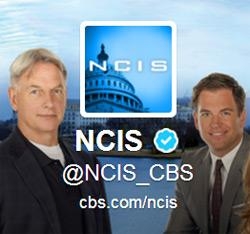 While Facebook keeps dithering over a shaky and possibly ill-fated attempt to pull TV ad dollars to its own digital video (because that hasn’t been tried before), Twitter may have found a much more reliable way to tap the mother lode of media spend. Instead of going head to head with insanely successful TV ad sales teams at their own game, why not let those great salespeople sell the digital stuff for you?

In a research note on the deal announced this week between CBS and Twitter, the broadcast network essentially helps Twitter get onto the budgets of TV buyers in a way that has thwarted digital companies in the past. CBS joined the Twitter Amplify program, which allows broadcasters to embed videos in their tweets, send them out in real-time and potentially with sponsors. Amplify has done with some cable companies already, including BBC America, Fox, and most notably with Viacom for the VMA awards. But the CBS partnership was dubbed the most “comprehensive that you will see coming out of Amplify,” said Glenn Brown, who heads up the Twitter program, according to a report at TechCrunch.

Not only will CBS use the platform to promote a wide range of TV and online properties, but it seems ready to sell it to their advertisers as a regular part of the marketing mix. At the announcement this week, CBS said the deal was already attracting considerable interest, with one advertiser exploring the possibility of bundling up to 20 shows in a single buy.

This is a big deal for Twitter and perhaps a milestone for digital media’s long-standing dream of tapping TV budgets. Longtime critic of the online video industry’s ambitions to migrate budgets online, Pivotal Research’s Brian Wieser took notice of how Twitter’s approach is different and perhaps better. CBS would essentially be selling ad inventory that Twitter would fulfill. “As CBS would remit revenue to Twitter, Twitter can indirectly capitalize on spending that might otherwise go to TV advertising,” he writes in a new brief.

Thus far, Wieser has argued regularly over the years, emerging digital platforms do not succeed in drawing TV budgets -- but instead get funded from other sources and often from other pieces of the digital budgets. In Twitter’s model, however, the digital company gets into the flow of TV buying. The amount that is getting moved to Twitter is negligible within the context of TV buying, but considerable for digital fledglings like Twitter.

By becoming a supplier of inventory to TV networks like CBS, and in earlier deals with Viacom, “some Amplify partnerships will result in TV-related ad revenues flowing to Twitter,” he argues. The TV networks are incentivized to sell into Twitter because it keeps them looking au courant and “evolving” and defray exaggerated claims of TV’s flagging role in consumers’ media lives.

Wieser contrasts Twitter's strategy with Facebook, which seems ready to erect a video product that is designed to pull budgets from -- rather than complement -- TV. Facebook has said it intends to roll out 15-second spots to be run within its content. The company has tried to roll out metrics that demonstrate how time on Facebook for many users rivals the time spent on TV, implying somehow that this makes the social network as good an environment for TV-like spots. They plan to sell the ads for up to $2.5 million a day.

Perhaps to that first set of agencies and advertisers who bought into the first sips of iAd Kool-Aid?