Kate Robertson, a long-time executive in Havas’ British operations, has been elevated to a worldwide role, being named co-global president of Havas Worldwide.

Robertson, who most recently served as chairman of Havas’ U.K. Group, will share her new post with co-president Andrew Benett, and both report to Global CEO David Jones.

In a statement announcing her new position, Jones cited Robertson’s role in recently landing the entire global Reckitt Benckiser account, as well as the creation of “One Young World,” a global youth leadership summit launched in conjunction with the World Economic Forum.

“She has transformed the U.K. group, and this move will allow her to play an even bigger role on a global canvas,” Jones stated, adding: “She's a rare talent, an inspirational leader and someone who clients trust and value.” 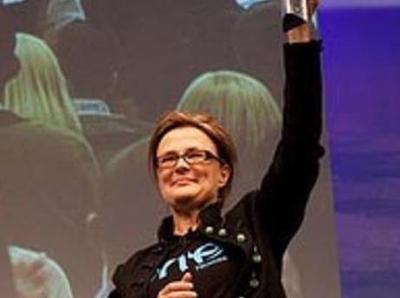 Robertson at the "One Young World" summit.