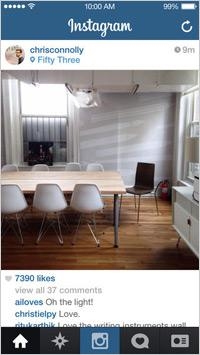 Instagram on Thursday announced that the popular photo-sharing app will begin running ads in the “next couple of months” as it seeks to build a sustainable business.

The Facebook-owned company said U.S. users would begin seeing “an occasional ad” in their Instagram feeds from brands they don't necessarily follow through the service. To help ensure against a potential negative reaction from its 150 million monthly active users, the company assured it would move slowly in introducing advertising.

“We'll focus on delivering a small number of beautiful, high-quality photos and videos from a handful of brands that are already great members of the Instagram community,” stated a company blog post today. The company sparked a user backlash (and litigation) and late last year after it changed language in its terms of service that appeared to reserve the right to license people's photos to advertisers.

After restoring the old terms of service in December, Instagram CEO Kevin Systrom stated that when the company did introduce ad products, it would “come back to our users and explain how we would like our advertising business to work.”

In an effort to give users some control over the ads they see, Instagram today said it would allow people to hide ads they don’t like and the opportunity to provide feedback “about what didn't feel right.” It also reiterated that users “own their own photos and videos” and that the launch of advertising would not change that policy.

Instagram only debuted video capability on the service in June, allowing users to create 15-second clips, in response to the growing popularity of six-second videos on Vine. Marketers then were already speculating about the possibility of creating paid 15-second spots on Instagram, aside from posting videos to their own accounts.

Facebook itself has long been rumored to roll out video advertising, planning to charge between $1 million and $2.4 million for TV commercial-style ads that would run in users' news feeds. But the company has delayed the expected fall launch of video ads as it continues to work on a format that users won’t find disruptive, according to an Ad Age report.

Instagram on Thursday didn’t provide details on the things like specific formats, frequency or pricing of image-based or video ads, and the company did not respond to a media inquiry late Thursday. But in its blog post, it told users to "stay tuned" for more details on its advertising plans.