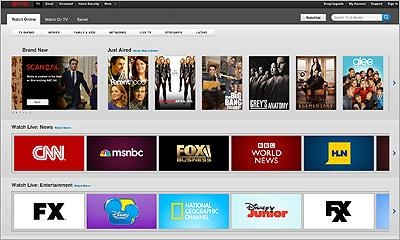 Comcast is considered to already have one movie studio signed up for the service. Comcast already owns NBCUniversal, which this year had major theatrical hits, including "Fast & Furious 6" and "Despicable Me 2."

Once a movie is purchased on the set-top box, it could be seen on a TV, a computer or mobile devices. The service could start by the end of the year.

Recently, Brian Roberts, chairman/chief executive officer of Comcast Corp., said the company was not pressing to put Netflix on its systems.

This followed a report in The Wall Street Journal that said the subscription video-on-demand service was negotiating a set-top box deals with Comcast, as well as cable operator Suddenlink.

A new streaming Comcast service would seemingly compete with Netflix. Comcast and cable operators have for some time offered on-demand movies for free viewing or through a purchased rental.

A Comcast executive did not respond to inquiries by press time.