Agency of the Year: Carat - Returning To Its Roots

The “media research agency” returns to its roots and wins with a consumer-centric approach to analytics, strategy and planning 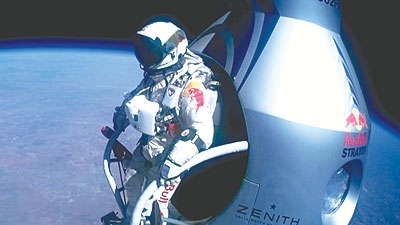 When London-based Carat opened shop in the U.S. marketplace in the mid-1990s, it transformed Madison Avenue, forcing all of the major agency holding companies to unbundle their media departments into free-standing media services agencies. Carat didn’t force Madison Avenue’s hand because it was a pure-play, independent media-buying shop. Those had existed in the U.S. and other markets around the world since the 1960s. (In fact, Madison Avenue’s oldest agencies — names like J. Walter Thompson and N.W. Ayer & Son — essentially began as media shops, repping newspaper advertising space). What differentiated Carat, and what forced Madison Avenue to capitulate, is that it was the first independent media services agency of its scale, and with the capital resources to invest in new forms of research and data needed to improve the science of planning, buying and measuring the effects of media. Carat, in effect, was a research company in media-buyers’ clothing, and the world’s biggest agency holding companies are still playing catch up.

Despite, or maybe because of those successful roots, Carat grew rapidly over the next 15 years, attracting major blue chip advertising accounts, morphing into something that looked a lot like any of the major media services units of Madison Avenue’s holding companies. For all its research DNA, Carat began to appear undifferentiated from other major media shops. That was due partly to the fact that every media agency now invests significant sums in research and analytics, and in a world of “Big Data” everyone has access to all the information they want anytime they need it. Or so it would seem. Recognizing that insights not data are the lifeblood of strategic planning, Carat doubled-down, returned to its roots, and invested in and built new tools to give it — and its clients — a proprietary edge over the rest of the marketplace. It’s the reason MEDIA named it Agency of the Year in 2012. And it’s the reason we are doing so again this year. 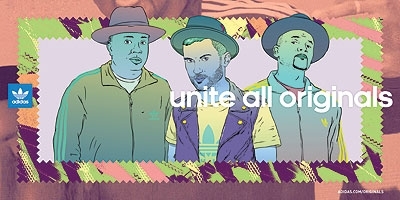 “We had a reputation for being the media research agency that did planning and buying,” recalls Doug Ray, global president and CEO of Carat North America. “I think we lost that focus, and I wanted to bring it back and make us a consumer-centric company that is investing in research and analytic techniques to bring to our clients.”

By 2012 Carat achieved that, having built one of the most robust primary research studies of consumer media behavior and employing new methods of analytics — like “agent-based modeling” — to mine those proprietary consumer insights and apply them faster and better than any agency organization to date, giving Carat its first-ever MEDIA Agency of the Year recognition. We are awarding Carat for the second year in a row for building on that base and continuing to lead the industry by its insights and analytics example.

In 2013, Carat continued to build out its primary research panel — the 30,000-plus respondent CCS, or Consumer Connection Study, which Ray boasts is now bigger than Simmons, Mediamark Research & Intelligence (MRI) or any of the other major syndicated consumer media research studies utilized by most of Madison Avenue. Though Carat could likely syndicate or spin CCS off by now, Ray says the agency considers the proprietary insights generated by the study to be the core of its secret sauce for clients and its communications planners, and that the investment has been well spent. In fact, Carat increased its commitment to original research in 2013 by introducing a new luxury consumer market segment to understand how consumer exposure to media influences their attitudes toward high-end brands such as Burberry and Cadillac, but Ray says it also has applications for other mainstream marketers, such as British Airways that are also looking to tap the luxury consumer marketplace.

The segment, which Carat dubbed “CCS Diamond,” explicitly tracks the media behavior and attitudes of consumers earning $100,000 or more. Ray attributes CCS Diamond as the primary driver of insights for all of the agency’s high-end brands.

While Carat doesn’t license the data or insights to outside agencies or brands, those insights do fuel the strategy of sister agencies including search campaigns for iProspect clients. Carat is already working on a white paper for the search shop on how search contributes to luxury brand results.

Ray says Carat continues to invest in expanding the CCS sample, and is already in the early stages of a new consumer segmentation for so-called Millennials, which he says is vital to almost every brand.

“Sony Playstation, Redbull, Adidas, GM, Macy’s are all really struggling to understand Millennials,” he says adding that the spade work the agency began on building out that segment will be launched in the first quarter of 2014 and will reveal “how the convergence of digital is affecting shopping behaviors and engagement behaviors among Millennials.”

As important as that primary research is, the real power behind it is Carat’s ability to “fuse” it with other databases, including its clients own “first-party” data about consumer purchases and use of their own brands, as well as “third-party” data on online user behavior.

“This is where I personally have started to take a proactive role,” says Ray, who began his career at Carat ten years ago as its head of communications planning. “One of the things I’ve been focused on is how we continue to fuse data, because I truly believe that the agency that will rule the future is the agency that owns its own data.”

One of the most powerful applications of that data, he says, is the way Carat has begun to leverage it via programmatic trading of online media. Because the respondents who opt into the CCS database also agree to share their personally identifiable data with an online pixel tag, Carat knows exactly what, when and where they browse online, and can correlate that behavior with their overall media consumption and attitude data from CCS. 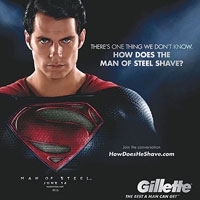 “We are the only agency that has actually taken CCS-level data and brought that into the programmatic trading space,” says Ray, noting that while that has obviously implications for targeting the known consumers of a brand, it also enables Carat to extend the reach of online users via so-called “look alike modeling,” a technique that matches the behaviors of online users Carat has data on with other consumers likely to have similar characteristics.

The application doesn’t just improve audience-targeting, says Ray, but the type of content and ad messages created for and served to those users.

Carat was also one of the first media agencies to begin working with Acxiom (see related story in this Agency of the Year report) on the development of its “audience operating system” and helped unveil the new platform during Advertising Week in September. The platform enables advertisers, agencies or media companies to seamlessly integrate first- and third-party data on consumer purchases with their media usage.

Perhaps the most innovative source of data developed by Carat in 2013 came from a proprietary deal it cut with Apple. The deal, which was an outgrowth of a global media partnership between Apple and Aegis, went beyond the obvious device and media impressions controlled by Apple to include unique insights on consumer media consumption ... in particular, how they listen to music or watch videos via iTunes.

By fusing Apple’s iTunes data with its CCS panel, Carat has developed new consumer targeting segments based on what’s driving their underlying culture. The insights are especially important for cutting edge lifestyle brands such as Redbull or Revolution Studios.

“That’s not something you’re going to see from Simmons or MRI data,” says Ray.

To help its planners and clients see those insights, Carat also invested in developing new data visualization tools including Radar, a system Ray describes as both a “navigating” and “reporting” dashboard. Carat’s planners can use it to vet the information they need, and clients can use it to report on the results of those data applications.

Ray says the Radar system is a great “blend of man and machine,” enabling people to crunch big data in a way everyday users can access and understand.

In the end, Ray concedes Carat still has to execute on the insights and strategies generated via its primary research and analytics, but without that competitive edge he says Carat’s work wouldn’t be nearly as good as it has been. And if there’s any proof, its the fact that the agency has been on a new business tear for two years running, growing its billings 30% on top of a 40% expansion in 2012.

“With that kind of growth, it would have been easy for 2013 to have been a year of distraction for us, but we really hunkered down,” says Ray. “I think we came out of last year knowing more than ever exactly who we are and exactly what we need to do.”