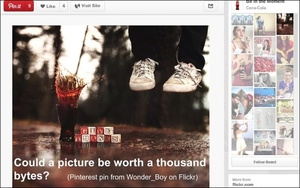 In a move that will dramatically expand the universe of consumer conversations Madison Avenue listens in on, a leading ad industry social media platform is teaming up with a company that drills far more deeply into the ways consumers communicate with -- and about – brands.

It will mine everything from the transcripts of customer call centers to “live chats” to a variety of previously “unstructured and free-form insights” that have historically been used by marketers only to manage customer feedback and support.

“Is this finally the Holy Grail? No, but it’s a big step toward the Holy Grail,” says Bryan Wiener, who stepped down as global CEO of Dentsu’s 360i a few weeks ago to become chairman of Expion, the social platform that will officially announce its deal with “customer experience management” data firm Clarabridge during the SXSW festival in Austin today.

Wiener, who remains chairman of 360i in addition to his role at Expion, asserts the deal will bring a level of consumer insight to social media marketing that big brands have never been able to tap before, going far more deeply into consumer sentiment than what agencies and brands have been scraping from publicly available comments in social media like Facebook, Twitter and Pinterest to include some of the most personal conversations individual consumers have with brands -- or their intermediaries.

Wiener says 360i, which was named OMMA magazine’s Agency of the Year, has been working with Expion for several years for some of the world’s biggest brands -- including Coca-Cola, Hilton, Mondelez and others -- and that was what attracted him to take a more active role in its business recently. The deal with Clarabridge, he says, will effectively super-charge the consumer intelligence it has already been cultivating to perfect how it helps agencies and brands figure out what kind of content to push through social media and marketing channels.

“This is connecting two data sources that hadn’t been connected before,” Wiener claims, explaining that while the kind of data that Clarabridge collects on personal customer feedback may have found its way into the hands of social media managers or agencies in the past, it was likely informal and capricious and not part of a structured process. He adds that that the goal is to integrate the data between the two sources far more systematically, even building things like “APIs” -- software that enables systems and databases to exchange data directly with each other -- in order to make social marketing faster and more effective in terms of reacting to changes in the way consumers feel about brands.

On the flip side, Clarabridge says gaining access to the kind of social media insights mined by Expion will make its systems and databases even smarter, especially as new forms of media begin spawning new forms of customer data that has never existed before -- or at least, hadn’t existed in the kind of structured way that could be mined, organized and databased scientifically.

“Think about Pinterest,” says Sid Banerjee, CEO of Clarabridge. “It’s a new generation of social technology that is changing the way we think about data.”

Specifically, he says that it is forcing organizations to think about “visual” consumer data that had never been structured and organized into databases the way the industry is beginning to do now.

The way Banerjee describes it, the industrial world is entering a third phase of customer data, one in which things like visual -- or even other forms of consumer data -- can be organized in new and powerful ways.

The first wave, he says, was “traditional” customer feedback media such as print-based letters, emails and telephone conversations. The next wave was more real-time electronic feedback, including live chat and “social care,” such as user-generated content on Facebook, Twitter, reviews and or community pages.

While both those categories continue to grow, Banerjee says the traditional formats are growing much more slowly as social media explodes, and that is changing the ability of marketers to listen in on their consumers. Most significantly, he says it has implications for audience composition and consumer segmentation, because brands that aren’t moving quickly enough to the faster-growing social media are likely missing out on “demographics” that are not likely to use older media -- like phones or email -- to communicate with or about a brand.

“The first generation of social technologies have been very much-text centric, but they’re rapidly becoming media-centric. Pinterest is a great example, because now, all of a sudden, brands are becoming very interested in what images [consumers] are associating with them.”

As a result, he says things like “visual memes” and emoji are becoming a new source of data about consumers, and that as other media formats -- such as Twitter, Vine videos, etc. -- become a more prevalent part of the way consumers express themselves about brands, marketers will need to figure out how to “tag,” organize and database that information.

Banerjee says the process for doing that requires sophisticated human judgement in the front end -- meaning expert analysts need to make a call on what the data means and what kind of tag should be associated with it -- and powerful systems for organizing, managing, visualizing and applying that data.

“As the volume grows, you can’t just count on someone hiring an intern and tagging things. You need to use technology to do it,” he says.