Walmart Intensifies 'Made in the U.S.' Message 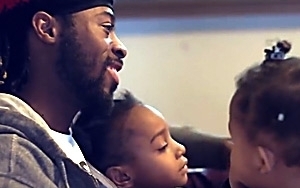 Walmart, which has spent much of the last year focusing on gains in American manufacturing, is turning up the volume on its “Made in the U.S.” message, announcing a new series of grants for red, white and blue innovators.

Walmart’s latest announcement, made in conjunction with its foundation and the U.S. Conference of Mayors, is promising an additional $10 million, handed out in increments of $100,000 or more in grants to nonprofits focused on “on-shoring” manufacturing efforts. And it has upped its initial promise to spend $50 billion more on U.S.-made products in the next decade to $250 billion.

The news follows the company’s latest TV “Work is a beautiful thing” ad push, touting a renaissance in we-can-make-it-here spirit, which began running last month during the Winter Olympics. (A spokesperson for Walmart says other spots, like this, focus on people working in manufacturing at Walmart vendors.)

The company, which has been heavily criticized by activists for its reliance on imported goods, first announced the initiative back in January 2013. (Cynics noted that the effort was timed nicely to draw attention away from investigations of foreign bribery in China, Mexico and other countries.)

Since then, however, its execs have been steadily turning up the volume on the “Made in the U.S.” message. “I won't go anywhere these days without talking about the transformation that is going on in the U.S. economy … and the opportunity we have as a country to reestablish a manufacturing base here,” Bill Simon, president and CEO of Walmart U.S., told investors recently in a presentation to institutional investors at a conference hosted by Raymond James. (The even was webcast.)

“This is real. It is economic. It is math,” he said. “It is working. And it’s almost a generational shift because of the land, labor, transportation and energy components that exist today around the world. There is an opportunity for us to rebuild a manufacturing sector -- not in every category, not in every place, but right now we are working on 140 active projects," he says, insisting the effort was not just a “pr program. We’ve had great success in certain categories.”

Walmart cites Boston Consulting Group research, which has found that consumers are indeed inclined to buy products made here. That survey found that 80% of Americans say they are even willing to pay more for Made-in-USA products. When asked why, 93% say it's because they want to keep jobs here. And while higher-income, older consumers are more likely to have those patriotic sentiments, even 75% of Gen Y, those ages 18 to 34, say they are either definitely willing (22%) or somewhat willing (53%) to pay more, according to BCG.

But some researchers say assessing such consumer sentiments requires a broader perspective. “We look at those values in our research,” Robert Passikoff, founder and president of Brand Keys, a market research company, tells Marketing Daily. “'Made in the U.S.’ is nice to have, but it’s not a need to have. It isn’t the largest differentiator in most product categories.”

There are many things people believe are right and important, he points out, such as paying men and women equally, another area where activists have criticized Walmart. “So when researchers ask them, they say these things matter, and they do. But so does buying cheap products, and they still shop at Walmart. It’s Orwellian. All things are important, but some are more important than others.”

retail, tv
1 comment about "Walmart Intensifies 'Made in the U.S.' Message ".
Check to receive email when comments are posted.
Next story loading