Tonight On CBS: Out With The Old 'Mother,' In With The New 'Friends'? 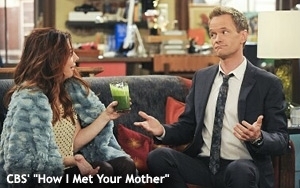 On the one hand, it may seem as if CBS’ long-running sitcom “How I Met Your Mother” should have wrapped its overly extended story line a season or two ago, rather than tonight in a one-hour finale at the end of its ninth season. Talk about dragging out a limited concept: It has taken almost a decade for Ted Mosby to tell the story of how he met his kids’ mother -- or to be more accurate, what life was like with his small circle of friends in New York City in the early years of this new millennium, even if the story (like the show) never felt like it belonged in a time capsule.

On the other, “HIMYM” has since its modest start been one of CBS’ strongest performers among the younger demographic groups that have historically not been associated with the network. The truth about CBS is that it has always done just fine with younger viewers. But it has done fantastically well with older viewers -- an audience all broadcast networks are supposed to serve, by the way -- and that aspect of CBS’ performance has always eclipsed the rest, at least in the way it has been reported by the media. Why get into this now? Because “HIMYM” has proven all along that young people will watch and remain loyal to a CBS program. Talk to the high school and college students in your life and I guarantee you will hear stories of “HIMYM” viewing marathons during the last few years. They’ll all be watching tonight on one screen or another. “HIMYM” was a binge favorite even before the word “binge” entered the media vocabulary. That’s what DVDs used to be for.

The unwavering popularity of “HIMYM” among its fan base and its ability to attract new young viewers years after its debut are reasons enough for CBS to have kept the show going, even after its overall ratings began to decline. In many ways “HIMYM” has been the “Friends” of the millennial generation. I can’t help but wonder what the next “Friends” will be. Every generation ought to have one. ABC tried to set one up with “Happy Endings” but it never took off, probably because the writing was so unreal. (Is it asking too much for television characters to at least occasionally sound as if they are not one-note constructs found only in writers’ rooms? “HIMYM” made its characters thoroughly distinctive, and together they launched many new catch-phrases, but they always sounded -- wait for it -- like real people.

I feel very comfortable predicting that “Friends with Better Lives” -- the absolutely awful new comedy about six friends who are slightly older than the friends in “Friends” -- isn’t going to be the next young-generation magnet, either. As the endless commercials and promotional clips have made clear, thirty minutes with these characters is twenty-nine too much. I always felt that there could have been a great spinoff from “Friends” in which Chandler and Monica moved to Connecticut and tried to adjust to life as married suburbanites with children. The possible story lines (including visits from their New York friends) seemed rife with comic potential. It’s amazing to me that there haven’t been many comedies about young adults in suburbia, considering that on a national scale, that’s where most young adults live.

Anyway, it will be interesting to see how the large young audience that will undoubtedly check out the #HIMYM finale will respond to #FWBL. It will also be interesting to see how CBS responds if the “HIMYM” finale is as big as the network hopes it will be. Wouldn’t a sudden surge in young adult viewers have been of greater value to the network if it happened during the May sweeps?

One more thing for which we can all thank “HIMYM” is the opportunity for nine years to enjoy the comedic work of Neil Patrick Harris, who was well-known before this show began but became a huge star (and a go-to awards show host) because of it. The entire cast has been uniformly awesome from the beginning, but NPH has been the standout. Is there anything this guy can’t do? What a resume: Sitcoms, movies, Broadway, award shows and an Internet production (“Dr. Horrible’s Sing-a-Long Blog”) that leaves most of YouTube’s so-called “stars” in the dust.

Twenty years ago it would have been difficult to believe that CBS started it all by producing a smart sitcom about young people that showcased their specific talents. Today, not so much. What’s next?