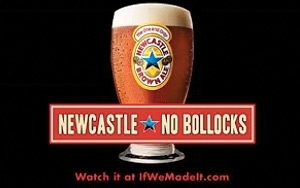 Facebook on Tuesday announced the 2014 winners of its third annual Facebook Studio Awards spotlighting the top creative work done by brands and agencies on the social network.

The Blue Award (the highest honor) went to Droga5 and Heineken USA for their Newcastle Brown Ale campaign, “If We Made It,” created to compete with Super Bowl ads. The ad, satirizing the marketing excess surrounding the Big Game, imagined what might have happened if Newcastle had created its own hugely expensive Super Bowl spot.

Runners-up in the “Gold” category were Leo Burnett Tailor Made and the Brazilian Association of Organ Transplant (Brazil) for “Bentley Burial,” and Saatchi & Saatchi Norway and Toyota Norway for “Try My Hybrid.” The former campaign was aimed at promoting organ donation, while the latter was designed to boost Toyota hybrid sales in Norway by having hybrid owners let strangers test drive their cars.

Facebook this year also created a new category called Facebook for Good, highlighting not-for-profit campaigns. The winner was BBDO and Amnesty International for their “Trial by Timeline” campaign, making people aware of criminal sentences being levied by governments worldwide.

The Silver and Bronze award winners are listed below:

-Made By You Issue — FoxyMoron and Worldwide Media (India)