Heading Into Upfront Week, NBC Has Much To Celebrate And Build Upon 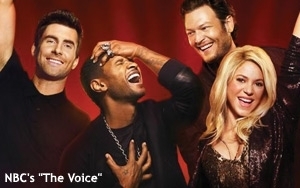 We're only a few days away from the beginning of upfront week -- a punishing marathon of broadcast and basic cable network presentations, parties and press conferences that gets bigger, bolder and less important every year, because everyone knows almost everything about the details of each network’s upcoming fall schedule even before these events begin.

NBC remains in the opening slot of the week -- Monday morning -- which on the upside means its audience will be relatively fresh and attentive, and on the downside means it must contend with last-minute changes at competing networks that are made in response to whatever it has chosen to do.

Frankly, and for the first time in years, I don't think that will be much of a problem for NBC, which has been the boldest broadcaster of the 2013-14 season and is approaching the year to come from a position of uncommon strength and renewed industry respect. In fact, NBC effectively threw down the gauntlet with its telecast last December of “The Sound of Music Live!” That was by far the most exciting programming move by any network this season. The rewards for Peacock and audience alike were great, and we’ve all been made to look at NBC a little differently since then.

In a similarly bold move -- or at least a move that could be considered unusual for a broadcast network these days -- NBC next week will telecast an actual special event mini-series: A remake of the 1968 horror classic “Rosemary’s Baby.” It’s not great -- for me, it called to mind the old Mad magazine spoof “Rosemia’s Boo-boo” -- but any and all such experiments should be encouraged, and NBC deserves much credit for taking a shot and ending the traditional season with an event like this one.

Moving on to the network’s regularly scheduled programs, “The Voice” may have lost a little steam this season, but with a growing family of superstar judges set to rotate through upcoming cycles it should remain fresh for a few more years. It may not create stars the way “American Idol” does, but at this point the show itself generates more buzz than Fox’s veteran vocal competition, and that should matter more to a television network. NBC should eventually consider reducing this show to one cycle per year, so as not to encourage viewer burnout. (Look how well that works for “America’s Got Talent.”) But I don’t see that happening in 2014-15.

In addition to having the hottest returning reality competition series on broadcast television NBC also has the hottest new drama series of the 2013-14 season in “The Blacklist.” (If CBS’ “The Good Wife” did not exist I might refer to “The Blacklist” as the hottest drama on broadcast television, period.) Rumor has it NBC will move this show to Thursday night in an attempt to rebuild its decimated must-see franchise. It would likely do just fine there, but I have to admit I like it as a Monday night show. It’s a great way to jump-start the week.

NBC has two other new dramas (one a freshman, the other a sophomore) that are still (like “The Blacklist”) in very positive growth mode: “Chicago P.D.” and “Chicago Fire.” There is room for improvement on both of these shows, but they each have very strong foundations and a growing fan base. As we know from his decades of success with the wide-ranging “Law & Order” franchise, executive producer Dick Wolf knows a thing or two about making changes on shows to make them stronger and keep them running for years.

And speaking of “Law & Order,” venerable spinoff “Law & Order: SVU” is ending one of its most gripping seasons in years. NBC is lucky to have it. Given the adult nature of its content I think it would work well if paired with “The Blacklist.” They are both shows that aren’t afraid to “go there” and they should both continue to do so with great gusto.

Elsewhere, NBC has two solid -- if modest -- freshman comedy successes in the delightful “About a Boy” and the sturdy “Growing Up Fisher.” And it will surely stick with the aging “Parks and Recreation,” which may not pull in viewers but will undoubtedly continue to enthrall the entertainment press. That’s been NBC’s biggest programming problem in recent years: Its insistence on developing comedies seemingly designed to appeal to two dozen critics and bloggers rather than a mass audience. (This has also been an issue for Fox.) The network last year attempted to do something different (as in more traditional) with the three-camera comedy “Sean Saves the World” and the family-focused sitcoms “The Michael J. Fox Show” and “Welcome to the Family.” So give it credit for trying. But this year it has simply got to develop and support comedies that attract more people than might be found in my local shopping mall on a busy weekend.

The biggest disappointments at NBC this season have been with its genre shows. “Revolution” has run out of gas. (I think the tank was already half-empty at the start). “Dracula” had no bite; had it been a better show it could have changed the broadcast game on Friday nights. (The same is true of the stubbornly mediocre “Grimm,” a network favorite that will return next season.) More grievously, the unrelentingly grim and grisly “Hannibal,” another Friday freak show, has matured into one of the best series on television, but the audience isn’t there to support it. I hope NBC renews it -- and I hope the show can lure Gillian Anderson back to its cast.