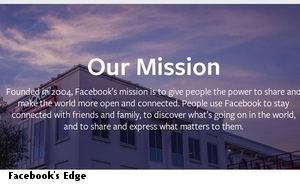 While it’s not exactly a trade secret that the organic “reach” of brands on Facebook has been dwindling -- probably not so coincidentally with the expansion of Facebook’s paid advertising revenues -- it nonetheless was the focus of the opening panel at OMMA Social this morning.

Here’s the set-up: The organic reach of brands on Facebook is now in the “single digits,” even for a brand’s most devoted fans, and sometimes gets as low as 1%. But there’s a logic to that logic, and it’s called “hyper-targeting.” If that sounds like Madison Avenue hyperbole -- you know, making a silk purse out of sow’s ear -- it’s actually just math, albeit Facebook style.

On the plus side, Fallon’s Marty Wetherall took the positive view of a benevolent Facebook that is simply doing the right thing by curating it’s user’s newsfeed experiences. He cites data estimating that the typical Facebook user has an average of 1,500 “stories you could look at” when they log into their account.

While an average user theoretically could rank the priority of those 1,500 stories based on their relevance to them, Wetherall said Facebook uses the data it collects on its users to do that for them. He did not provide any insight about how that data or filtering contributes to what stories users see organically from the brands they’ve liked or friended, but he implied brands can simply buy the reach they need, assuming they have the budget for that.

360i’s Shankar Gupta countered that you don’t necessarily need to have deep pockets to get effective reach out of Facebook’s model, assuming you know how to leverage the data on its hyper-targeting.

“Given the amount of data that Facebook has about people’s interests,” he said, “smart targeting” is a smart way to stretch your social media budgets.

“Even if your budgets are limited,” he said, “if you have a scrappy creative team, then I think you can get a lot of value there.”
mpomma
1 comment about "The Two Faces Of Facebook Economics".
Check to receive email when comments are posted.
Next story loading