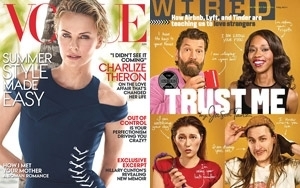 With native advertising on the rise, concerns are also growing about the potential for the lines between editorial content and advertising to become blurred, resulting in damage to publishers’ reputations. To address these concerns and establish an overarching policy for the new category, Condé Nast is circulating a wide-ranging set of rules, policies and guidelines governing native ads.

The 4,000-word document, drawn up by described by Condé Nast editorial director Tom Wallace and described by one editor as a “Magna Carta” for native ads, should help publishers and editors resolve any disputes over the appropriateness of native ads. It also touches on related concerns including privacy and consumer data. The news was first reported by Ad Age.

Among the rules spelled out in the document, no Condé Nast magazine’s logo may appear in a native ad. However, information on other specific rules in the directive remains scarce. The main import of the document seems to be the mere fact of its existence, as few other major publishers have troubled to set down rules for themselves -- perhaps for fear that overly strict guidelines will tie their hands as native ad strategies become more aggressive.

Last week, Time Inc. began pushing the traditional boundary separating advertising from editorial by placing small ads on the covers of two of its most popular magazines, Time and Sports Illustrated. Such ads technically cross a boundary long established by the American Society of Magazine Editors, whose editorial guidelines decree “Don’t Print Ads on Covers.”

Outside has joined forces with Avid4 Adventure, which hosts multisport adventure camps in California and Colorado, to send over 80 kids from pre-K to twelfth grade to outdoors summer camps this summer. The camps -- located in California’s Bay Area and throughout the Colorado Rockies -- run from June 2 to August 22, are intended to expose kids to nature and outdoor recreation with activities including rock climbing, hiking, kayaking and mountain biking. Outside’s sponsorships will go to kids whose families otherwise could not afford the camp experience.