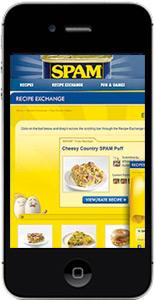 Siding with Taco Bell, a federal appellate court decided this week that the company isn't responsible for text messages that a mobile-marketing agency allegedly sent to consumers.

The ruling, issued on Wednesday by a three-judge panel of the 9th Circuit Court of Appeals, upholds a trial judge's order dismissing a lawsuit against Taco Bell. U.S. District Court Judge Cormac Carney in the Central District of California ruled in 2012 that the fast-food giant wasn't legally responsible for text messages allegedly sent by the mobile marketing company Ipsh (now part of The Marketing Arm).

The decision appears to make it harder for consumers to sue advertisers -- as opposed to their agencies -- for campaigns that potentially violate the text-spam law. For that reason, Internet legal expert Venkat Balasubramani wrote at the time that Carney's decision "could be somewhat of a blockbuster ruling."

The legal battle stemmed from a 2005 campaign promoting new items on the menu -- chicken and steak Nachos Bell Grande. As part of the initiative, owners of 12 Taco Bell franchises in the Chicago area allegedly ran a campaign that involved sending text messages to local residents and asking them to vote for the variety of nachos they preferred.

The local owners tapped the ad agency ESW Partners, which arranged for Ipsh (now known as The Marketing Arm) to handle the mobile portion of the campaign, according to court papers.

Thomas argued on appeal that the trial judge “allowed Taco Bell to escape liability even when it had knowledge of, approved, and paid for a text message marketing campaign promoting its own products.”

She added that Carney's ruling creates “a blueprint for retailers to evade liability for transmitting spam text messages en masse to the public.”

But Taco Bell successfully countered that it wasn't involved in the text message campaign, which was arranged between a group of local franchisees and Ipsh. Taco bell argued in its appellate papers that it “had no role in the decision to distribute the message by way of a blast text or that it ever reviewed any proposed text message, or even knew about the outgoing text message component of the local promotion.”