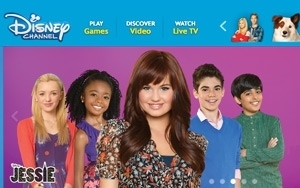 The kids TV upfront market is still a slow-moving affair -- but Disney says it is virtually done at a big volume improvement.

Disney Channels -- which represent around 10% of the market at a $1 billion total U.S. kids TV advertising sales -- says it improved its overall upfront revenue take by 35% this selling period by pushing for early deals, says Rita Ferro, executive vice president of advertising sales of Disney Media Sales and Marketing for Disney Channels Worldwide.

Key to Disney’s success -- especially for its Disney XD -- was in getting more co-viewing, with family marketing dollars -- not just with kids marketing dollars. This is something that virtually all kids TV networks from leader Nickelodeon to Cartoon Network have been pursuing for some time.

Ferro says Disney wrote 88% more “adult” guarantees for this upfront than a year ago -- this meant guarantees on 18-49 and “moms” 18-49. Disney advertising efforts also include sponsorship deals made for Disney Channel and Disney Jr., which don’t take traditional commercial advertising.

Ferro says Disney grabbed 5% gains on CPMs this year versus the year before -- mostly on the kids 2-11 and kids 6-11 demographic.

“We were looking to drive dollar increases,” says Ferro. "We didn’t think in this marketplace we could go for price. We want to make sure we got our share increase.”

Ferro says as part of its upfront selling, it made “many deals that included Radio Disney, as well as [Disney] Watch TV everywhere platforms, and the set-top-box VODs offerings.”

While the overall TV kids market has remained around $1 billion annually, increasingly there is more of a mix of advertising dollars. Kids-only marketers and adult marketers are looking for more co-viewing opportunities for their messaging.

Overall, Ferro believes the market for kids TV ratings points is flat this year versus a year ago