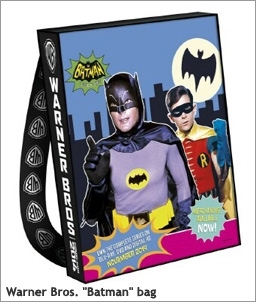 The streets of San Diego's historic Gaslamp District are teeming this morning with thousands of geeks and nerds -- or fan boys and fan girls, as they are more politely known -- as they begin to descend on the city for the four-day show business extravaganza known as Comic-Con. Also in the burgeoning crowd are thousands of entertainment and media professionals poised to compete as dramatically as necessary for their attention.

There are many dozens of major marketing and publicity events in place to vie for the attention of this year's roughly 150,000 Con attendees, plus other visitors who couldn't get tickets to the actual convention but are here with friends who did. Even last night, known as Preview Night to Con-Goers, the mad attention grab was underway, despite the fact that the Con hadn’t officially begun. As I walked around the area without intending to record what I was seeing -- I was simply seizing the opportunity to get a little exercise without being shoulder to shoulder with thousands of genre fans, though I have nothing against moving about in their midst -- I found it impossible not to take note of the activity that was already in early buildup around me.

My first encounter was with a Syfy street marketing team out to promote “Sharknado 2.” They were loud, and they were wearing rubber shark masks on their heads, and they were blowing whistles and singing “We will, we will, shark you!” I wasn’t the only one who noticed; in the lobby of my hotel, in the grand entranceway to the San Diego Convention Center and while standing at a corner far away from the street team I heard people excitedly talking about “Sharknado 2.”

A screening of “Sharknado 2” was one of the high points of the just-concluded Summer 2014 Television Critics Association tour, and I’m reasonably certain that it is going to be a big hit at the Con this weekend as well. There will be a panel early this evening with the cast of the movie that I expect will be standing room only, and the “Sharknado 2” premiere party Friday night is already one of the hottest tickets at the Con.

I also took immediate note of the lanyards that are given to every single Con attendee to wear. (One must display whatever badge one happens to have -- press credential, exhibitor, guest, etc. -- in a plastic case that hangs from the lanyard.) Showtime very wisely snatched up sponsorship of the lanyards many years ago, in effect grabbing the very best marketing real estate at the Con. For each of the last seven years that I have attended Comic-Con the lanyard has been printed with reproductions of the “Dexter” title treatment. But that show has ended, and now the lucky occupant of that prime positioning is the network’s new horror-thriller “Penny Dreadful.” It is everywhere, all the time, on everybody.

The next best real estate is the official Comic-Con bag, which has long been the domain of Warner Bros. This year there are bags featuring key art from such Warner Bros. TV properties as “The Vampire Diaries,” “The Originals,” “The Flash,” “Arrow,” “Gotham,” “The Following,” “iZOMBIE,” “Supernatural,” “Teen Titans Go!”, “The Mike Tyson Mysteries” and the most coveted of them all, the 1960’s television series “Batman.”

Also impressive here are the building drapes that turn hi-rise hotels into ginormous billboards. The big one this year, from what I have seen so far, is the giant image for TNT’s “Legends” at the Marriott Hotel.

And then there is AMC’s “The Walking Dead,” which year after year is promoted at the Con in increasingly inventive ways. This year it’s all about Terminus. “Walking Dead” viewers know that is the name of a mysterious compound that may or may not be the home to cannibals and in which most of the main characters of “Dead” were held captive at the end of the last season. When I exited the convention center, as tens of thousands of people will do over and over again between now and Sunday, I looked across the street at a building I did not recognize (it’s actually one side of the Hilton Gaslamp Hotel) and several stories up were the letters T-E-R-M-I-N-U-S, looking exactly the same as they did on that old factory on the show.

I understand this is actually a beacon meant to entice Con-goers to an area where they can win free entry to the feverishly anticipated “Walking Dead” BBQ. No, I don’t want to think about that, either. But the Terminus signage is as straightforward and haunting a promotion for a giant television series as I have ever seen, especially here at the Con. Sometimes the simplest ideas truly are the best.