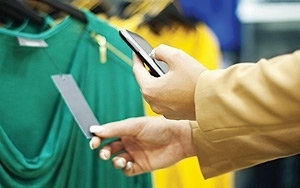 Mobile shopping apps often fail to inform consumers about how their personal data will be used, according to a new Federal Trade Commission report.

For the report, the FTC examined 121 popular shopping apps available through Google Play and iTunes. The FTC said most of the apps it evaluated offered privacy policies, but that the documents often provided scant information about critical matters, including their data-sharing practices.

“The number of readily available privacy policies addressing the collection, use and sharing of data is a step in the right direction,” the FTC says in its report. “However, many disclosures used vague language, reserving broad rights to collect, use and share consumer information...Such disclosures preserve broad rights, but fail to achieve what should be the central purpose of any privacy policy -- making clear how data is collected, used, and shared.”

Specifically, the FTC examined the privacy policies of 47 price comparison apps, 50 apps that offered discounts, and 45 apps that allowed consumers to pay with their mobile phones. (Some of the apps appeared in at least two categories.)

Many of those apps told consumers that their information might be used to improve their experience, but didn't offer any tangible examples to explain what that would involve, according to the report.

The FTC also notes that a large proportion of the privacy policies -- 29% of the price comparison apps, 17% of the discount apps and 33% of the payment apps -- didn't place any limits on their right to share users' personal data.

The report, issued on Friday, also notes that few apps offer information about how they handle disputes between retailers and consumers.

Whether mobile payment apps offer consumers the same protections as credit cards or debit cards often depends on how the apps process payment. If the apps use a “pass through” system -- meaning that the charge is placed directly on a credit or debit card -- consumers generally have the same rights as with traditional electronic cards.

But if the apps use a stored payment system -- meaning that consumers can only pay after they have moved money into the app -- consumers might be less protected in the event of a problem.

The FTC says that consumers can't always tell the difference between the two models, which means that people won't always realize when they're protected from liability.

The agency is recommending that developers give consumers more detailed information about privacy, as well as dispute-resolution procedures, before they download the app. “In addition to being able to understand their rights and protections in case something goes wrong with a transaction, consumers should also be able to evaluate apps’ data practices before signing up to use a particular service,” the report says. “Companies providing mobile shopping apps should clearly describe how they collect, use, share, and secure consumers’ personal and financial data.”