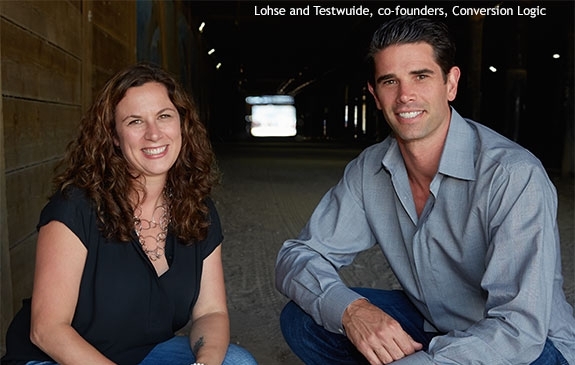 Conversion Logic is headquartered in Santa Monica, Calif., with co-founders Testwuide and Lohse serving as CEO and COO, respectively.

The company will offer a software-as-a-service (SaaS) attribution platform that will work across multiple channels, including mobile (smartphone and tablet) and desktop. The platform will have a focus on video.

“The market is ripe for a video-centric attribution and analytics platform, and Trevor, Alison and the rest of Conversion Logic team have the talent and industry experience to deliver it. Conversion Logic will help marketers validate the media shift of investment towards online video,” stated James Borow, CEO of SHIFT.

Testwuide believes attribution has been a hot topic lately because it “can truly deliver on informing the age-old advertising problem of answering what media is working and not working.” The market has seen two major attribution companies -- Convertro and Adometry -- recently get acquired by AOL and Google, respectively.

“We continuously hear from Fortune 500 companies that having the ability to holistically measure and optimize their media utilizing advanced data science is top three priority in 2014,” Testwuide added, when asked what some of the bare-bone reasons behind the launch of Conversion Logic were. “We’ve heard from many clients that there is a clear gap for deeper video insights informed through holistic attribution measurement.  There is a significant shift in marketing investment towards video and a need for more accountability and understanding for cross-platform video performance.”

SHIFT’s founder and chairman Clark Landry is on the Conversion Logic board. Other board members include Brian Baumgart, former CEO and founder of Gradient X (acquired by Singtel), Kim Reed Perell, CEO of Adconion Direct (also acquired by Singtel) and Evan Rifkin, founder of Burstly, per a release.

Conversion Logic raised $1.1 million from its board members.