Can You Smell That?

What bothers me the most about the online advertising industry is the amount of bullshit we shovel into it. Maybe you can make a case this stink permeates all of advertising, but it sure does smell in our little corner of the ad world.

“Native” and “Sponsored Content” sounds great in presentations to clients because it feeds the ego and desire of every advertiser to be understood by their target consumers.

When these native executions are actually encountered by consumers however, their heartbeats race higher as they are flushed with the feeling of being cheated. Turns out, consumers are actual people with emotions and they don’t like being deceived. They also have brains so regardless of the format, consumers figure out the scam 99% of the time and then cringe and wish they had the last five seconds of their lives back.

Right after that guy from HBO nailed all of this, more bullshit flew into these airwaves. Some tried to convince everyone that somehow the HBO guy swung and missed while others argued “native advertising” is the arrival of publishing’s future and one that ignores the rules of its past.

The division between church (edit) and state (advertising) was created to strengthen the foundation of an industry built on the continual earning of a consumer’s trust and attention. Any blending of these publishing business pillars lessens this protection causing structural damage to the industry’s foundation.

We’re in the business of selling ads. The bullshit with “native” starts with the need to use a euphemism to hide what it really is, and it ends with the naïve belief this deception doesn’t sever consumer trust and curdle the credibility of publishers.

Continue selling these mixtures of ads and content but within the confines of a clearly defined box labeled “ad.” Even the “in-stream” placements should be boxed in clearly as an ad. Then dump all the other names used to describe them.

This word means nothing.

Our whole industry is run on technology so “programmatic” is kind of a stupid term. This approach to buying ads is called targeting and it’s been around a long time. What the “programmatic segment” is doing is collectively empowering clients to buy highly targeted ads at cheaper rates, which sounds too good to be true. That’s because the downside gets buried beneath all of the bullshit. 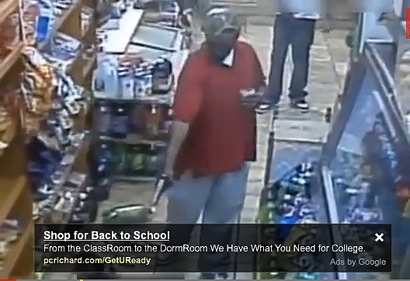 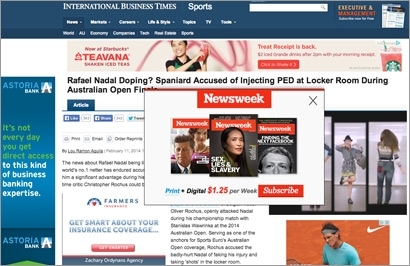 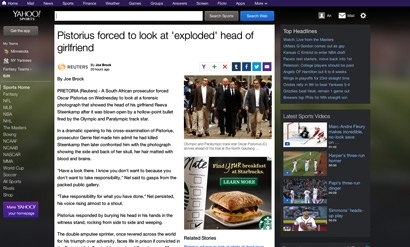 Wherever you fit in this segment of online advertising, your offering facilitates the sale of an ad with greater targeting so talk about how the ad’s value increases, not the technology that helps make it all happen. I would also show your downside upfront and explain these marketing mishaps happen. Then share what you are doing to try to avoid them. Just stop pretending they don’t occur.

The bullshit premium publishers layer on has to do with what they don’t say. The smelliest secret in publishing is “bounce rate” – when a user shows up to a site and leaves immediately. Bounce rates are often north of 80% and yet premium publishers will gloat about their “16 million uniques” knowing full well in this example, 12.8 million of these uniques are customers leaving a restaurant the minute they looked at the menu.

A majority of content sites selling display ads should stop trying to be McDonalds and start acting like a Michelin rated hidden gem. Then share deeper insights on the people who actually sit down and dine on your content.

As an industry, we use the word “transparency” quite a bit in our posturing and yet we rarely practice its true meaning. Not sure what we are afraid of, but for an industry that suffers from a lack of trust and credibility, we can all benefit from speaking the truth instead of speaking in tongue.

online, programmatic, publishing
9 comments about "Can You Smell That?".
Check to receive email when comments are posted.
Read more comments >
Next story loading