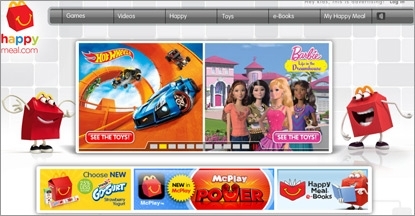 New York City lost its battle to restrict the sale of large-size sweetened beverages, but at least one member of its council is ready to take on fast-food chains over another nutrition-related issue.

Councilman Ben Kallos has introduced a bill that would prohibit restaurants from offering free or nominally priced toys, games, trading cards, or any other digital or physical incentive with kids' meals unless the meal meets specific nutritional standards.

Meals would also have to include a half-cup of fruit or vegetables, or one serving of whole-grain products. And if a beverage is included, it would have to have under 150 calories, less than 10% of total calories from added sugars/caloric sweeteners, less than 10% of total calories from saturated fats, no added non-nutritive sweeteners, and no caffeine.

The bill also sets out calorie and other nutrient specifications for offering toys with any individual food items.

The bill proposes that, once passed, the law would go into effect within 120 days.

“Throughout the fast food industry, you’re seeing that toys are being linked to meals. And as a result, we have a very high obesity rate,” asserted Kallos.

A study by the Yale Rudd Center for Food Policy and Obesity found that fewer than 1% of restaurant kids' meals met government nutritional guidelines.

The Center for Science in the Public Interest applauded Kallos for the bill proposal. CSPI noted that, according to the Federal Trade Commission, fast food is marketed to children and teens more than any other food category, with companies spending $715 million on marketing in 2009, and that toy giveaways make up almost half ($340 million) of those promotions (second only to television advertising spending).

In 2010, Santa Clara County, Calif., passed a bill similar to the one proposed by Kallos — reportedly the first such law in the nation. San Francisco was the first U.S. city to enact a toy premium ban, in late 2011.

While the National Restaurant Association hadn't posted a formal response at press time, in the past, it has argued that there are more effective ways to combat childhood obesity that don't include banning toys and restricting parental choice.