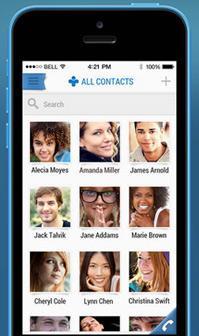 Twitter, Yelp, Foodspotting and other app developers are asking a federal judge to dismiss a lawsuit accusing them of violating iPhone users' privacy by uploading their address books.

Twitter argues in court papers filed on Thursday that the people who are now suing the company previously consented to share information about their contacts by opting in to the service's “find your friends” feature. The company says those users have no grounds to sue it for allegedly storing that data.

“It is uncontested that Plaintiffs gave permission to Twitter to view and use their address books to match them and their friends,” Twitter asserts in a motion filed with U.S. District Court Judge Jon Tigar in the Northern District of California. “That Twitter allegedly copied Plaintiffs’ contacts onto a computer server to facilitate consented-to matching of plaintiffs with their friends does not meet the law’s requirements for an intrusion claim.”

Twitter is one of 15 companies facing allegations that it violated iPhone users' privacy by uploading their address books. The users also sued Apple for allegedly enabling the address-book uploads.

Other app developers facing suit include Path, Hipster, Yelp, Foodspotting, Gowalla and Electronic Arts. On Friday afternoon, several of them joined Twitter in asking Tigar to dismiss the lawsuit.

The litigation dates to March of 2012, when Texas resident Marc Opperman and a group of other smartphone users brought a potential class-action lawsuit against a host of tech companies. The allegations stemmed from a series of reports detailing gaffes by mobile app developers.

The first came in early 2012 from developer Arun Thampi, who blogged that the social network Path collected users' contacts without informing them. The Federal Trade Commission subsequently accused Path of deceiving users by uploading their address books. Last year, Path settled the charges by agreeing to create a comprehensive privacy policy.

A few days after reports about Path surfaced, a different developer reported that the mobile app Hipster downloaded users' contacts without their permission.

Shortly afterward, reports emerged that a host of mobile companies, including Twitter, were downloading and storing users' address books. In many of those cases, the developers reportedly asked users for permission to access their contacts, but didn't specify that the data would be stored.

The app developers' new papers come in response to that most recent version of the complaint.

Twitter argues in its latest motion that users who allowed the company to access their contacts can't now claim that their privacy was violated. “Plaintiffs gave consent to Twitter’s accessing their contacts, so they could not have retained a reasonable expectation of privacy,” Twitter says.

Yelp and Foodspotting make a similar argument. “Plaintiffs expressly allowed -- indeed requested -- Yelp and Foodspotting to access their contact lists to perform the precise function they desired: to connect with their friends through the apps,” the companies say in a joint motion brought on Friday.

Three gaming developers, Chillingo, Rovio and ZeptoLab filed their own joint motion on Friday, also contending that the users consented to share data about their contacts.

Opperman and the other iPhone users are expected to file a response by Sept. 5.